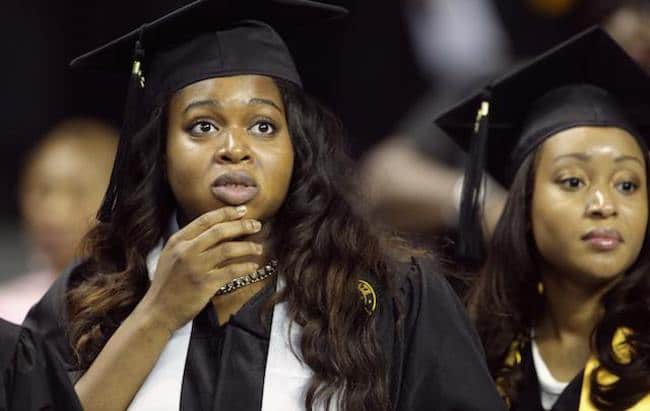 I spent the last week and a half in one of my favorite cities: San Francisco. I was there for work and during down time I was out and about visiting some of my favorite parts of the city including Fillmore street which has everything from a live jazz music venue at one end to fabulous shops such as Alice and Olivia, and Michael Kors at the other. In fact there was no way you could miss the Michael Kors store because in its storefront windows was a huge, and I do mean huge, green elephant statue.  Whether you went in the store or not, if you walked past the Michael Kors store you noticed the elephant in the store.  If you went in, like me, you were aware of the elephant as you shopped.

I couldn’t help but to think how that statue was symbolic of our nation’s biggest problem. America has its own green elephant. In fact I think we’ve got several hard to miss, does not fade to black, huge green elephants in our store windows and all of them are representative of some type of “-ism”, the most prominent one being racism.  Michelle and Barack Obama both reiterated that when giving their speeches to Morehouse and Bowie State Colleges in May. They both congratulated the recent grads on their successes but also reminded them that this achievement, this momentous occasion was just that — an achievement and an occasion — and that more work was to be done and would have to be done if they wanted to succeed in life. Their success would be personal as would their failures, and by personal, one may interpret that these grads dare not think that any -ism, especially racism, play a role in their future accomplishments and momentous occasions.  These grads need not bother to mull over whether or not their résumé was looked over because their name was Markwan and not Mark or if they graduated from Howard not Harvard. They need rather to believe that racism died when Martin Luther King Jr. did, that we shall overcome is we have overcame, and moving forward in their lives were their sole responsibilities.  After all this is America, and that is the American way.

However, the reality is the -isms are real. Every last one if them. And we need not trade a psyche of being the victim (we are always not getting what we hoped because of an -ism) for a psyche of denial (it’ 2013 we have a president of color, women in various political roles, members of the LGBTQ community can marry in some states, etc. so therefore all is well and everyone is on the same playing field.) We need to integrate reality with responsibility. We need to commit to a lifetime of hard work with the knowledge that sometimes it will pay off and sometimes it won’t and we will know that it didn’t because of some type of discriminatory practice. That is what recent grads need to remember. They need to remember the elephants, the isms, including racism will be portrayed both blatantly and inadvertently. When and how often you encounter them will undoubtedly be influenced in part by the decisions you make.

I chose to walk down Fillmore street on my recent trip to San Francisco. I chose to visit the Michael Kors Store. I chose to get up close with the huge green elephant. Not everyone living or visiting San Francisco made the same choice and so they didn’t all encounter the statue. But guess what, that doesn’t make the existence of that window display any less real. When we encounter -isms, huge green elephants in the window displays of America, we will have to choose how to handle it and continue living our lives the way we fully intend to.