Not too long ago you loved him. And he loved you. But you’ve since realized that love doesn’t conquer all and now the relationship is over. Finished. Finito.  But what if he wants you back? As in the never-ending “I’m sorry” text messages, his constant Facebook status updates missing the “love of his life”, or the endless blocked calls. Well fortunately, getting rid of an unwanted ex is actually easier than you may think, so long as you follow these simple rules. Surprisingly, it’s not so much about what he’s doing to get you back – it’s actually more about what you do to keep him away.  Here’s what you should do. 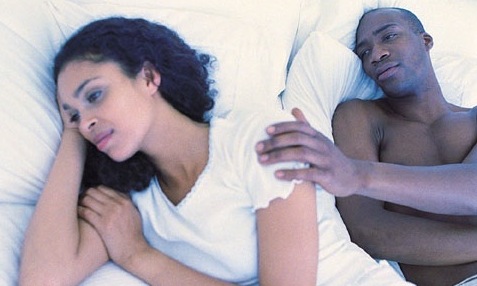 picture of the two of you that makes you smile. And wouldn’t you know it – that would be the time he decides to shoot a text or call. Stay strong.  Stay consistent so your break-up is clear. That also means no drunken dials, no lonely-dials, no drive-bys of his favorite hangout spots. Unfollow him on Twitter, Instragram, etc. Change your relationship status and mean it. Resolve to move on.

But what if you’ve done that and you just really want him back? Truthfully, I don’t believe in taking an ex back. You’re exes for a reason. You can’t redo the past, but you can repeat past mistakes (aka HIM). That being said, the decision is yours to make. Everyone will have their own rules and regulations of when it’s acceptable to take an ex back. Maybe if you guys broke up over minor reasons – like he put his boys in front of you, or he was just too immature. Or maybe it’s a deal-breaker if he cheated on you, or lied…or whatever.  When considering whether to take him back, do this:

Ask but don’t answer. Ask your ex one simple question: Why does he think you two broke up? Next, listen. He needs to be able to articulate what went wrong so that now it can potentially go right. Listen for excuses. Listen for denial of the role he played in your demise. Warning: If you have to spell it out to him (again) what caused conflict or made you unhappy he’s not ready to come back. Why is this one question so important? Odds are (like 99.999%) you didn’t just one day end a perfectly healthy relationship. Y’all had problems. And if you’re like most of us women, you expressed your unhappiness time, and time, …and time again.  And you likely gave him chance after chance. So he’s got to acknowledge that. And if he can’t (or often times won’t) … then don’t waste your breath or time.

Now I know ending the relationship cold turkey is hard and lonely. You’ve taken the biggest step by deciding to drop the title he refused to live up to. You’re no longer his woman, and you’re adjusting to that. But he just won’t give up. A woman’s got needs…right? Correct, we do. However, understand that a drop in title is also a drop in status. He didn’t bring his “A” game, so keep him on the bench. If he’s not good enough to call your man, he’s not good enough to enjoy the benefits of your man.  So no booty-calls and no blurred lines!