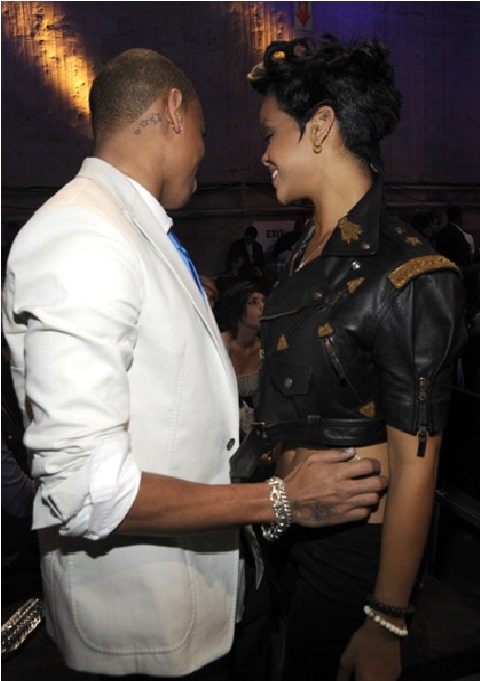 The onslaught of demeaning tweets during Chris Brown’s performance at the Grammy’s sparked a series of conversations this week, including a return to what constitutes an abusive relationship. When numerous females found themselves tweeting, “You can beat me all day, Chris Brown. I still love you,”, the viral reaction was of shock at why girls, especially those that are considered his fans, would continue to support an individual who had been publicly shamed for domestic violence. There is anger on both sides, some that point the finger to Chris Brown’s re-labeled aggressiveness as a bad boy, while other’s blame Rihanna for being a good girl gone bad. As speculations loom over their secret reunion with each other, many people are asking, “why?”

We all know of people who were or presently are victims of domestic abuse. When we hear of them, we always wonder as to why they don’t end the relationship and start afresh. That however, is easier said than done.

This is the quintessential factor discouraging women from all spheres of society to get out of their abusive relationships. It can be the fear of losing everything they have earned in life, the fear of social repercussions, the fear of ending up in a worse situation or the fear of not being accepted. Since society has always followed the patriarchal path and mostly supported stereotypical norms, these suppressed women get further pushed into the pit of despair.

Low self esteem is the consequence of constant psychological abuse. Since she is constantly reminded of her flaws, despised for her appearance and used only for pleasure, she gradually forms a mental image of herself based on what she hears. She pictures herself just the way she hears her husband/ boyfriend describe her. People have self esteem because they prize themselves as individuals. They see their qualities, and when they don’t, people around them are there for comfort and praise. They don’t make efforts to break free because they believe they’ll get the same treatment there as well, and with nobody to tell them otherwise, they feel complete with little or in some cases, no self esteem.

Some women get so accustomed to the thrashings that they develop their own personal comfort zone and inculcate the abuse in their daily lives. They don’t even see it as injustice. They take it to be a way of expressing love and as a part of their normal functioning. Some women identify themselves with their men. For them, the thought of ending the relationship is equivalent to losing their own identities so they choose to bear their burden.

Some women find it difficult to tear away from their husbands because they married them for love, and even though the love has disappeared by now, they find themselves unable to let go of their husband. So, no matter how many times they think of leaving the abusive life and embarking on a fresh new journey, they get pulled back into the relationship because of the fear of a more frightening future.

Society plays a key role in subjugating women to stay in relationships irrespective of the degree of abuse. What is worse is that women in society play the key role in this. Women are taught very early to maintain their marriage. They grow up believing that the sign of a good woman lies in her ability to make the marriage work, irrespective of what they have to do. Often, the abuser isolates the woman from her friends, family and relatives out of jealousy or to hide the marks of abuse. Lost in this abyss, women often find it difficult to escape from their abusers.

A lot of women lack the economic means to support their big decision. Before showing their true colors and abusing their victim, they gradually isolate the victim and in the name of security, get all cash and property transferred to their name so that the victim isn’t left with any option but to obey them, while the isolation makes it difficult for the victim to ask anyone else for help. Since they have no access to cash or bank accounts anymore and not even their property, these women have no option but to give in.

This is one of the biggest reasons for continued abuse. Many women deny being subjected to any form of abuse. They convince themselves that they lead a normal married life and that subservience is a part of it. More often than not, subservience is substituted by violence and they fail to see the difference simply because they choose not to. They are just scared to admit that there is something wrong with their marriage lest they bring down their family’s social standing. However, even if the reality of their relationship is difficult for them to accept, understanding the gravity of their situation is the only way to get out of it.

Some women are so isolated that they lose complete contact with the outside world. The isolation creates a sense of inability to do anything about the situation. Many women face abandonment issues because the family, just like the society, tends to blame the victim for ending the marriage because they themselves are not willing to believe the truth about the abuser. For them, turning a deaf ear is an easier option. The victims don’t see much point in going to the law because a lot of police men tend to dismiss acts of abuse as problems in the marriage that can be sorted out. They take no action against the abuser so the victims have no option but to comply.

Many women endure abuse for the sake of their children because they believe an abusive father is better than none. They also feel that having a father in the house will provide security to them and their children. The children are used as pawns by the abuser who may threaten to take them away if the woman tries to fight him, and since courts hardly rule in favor of non-earning mothers, they suppress their cries and pleas.

Once out of an abusive relationship, no one stands a greater risk of life than the victim because of the fear felt by the abuser. Since the abuser is perennially scared about the victim blurting out the truth to her family or the law, they keep threatening the victim’s life and their children’s. Emotional blackmail against children is often the abuser’s best card because some of these women are past caring about themselves. So, instead of having to go through the additional torture, women prefer to stay back in abusive relationships.