Diamonde Williamson’s passion for media  is electric – you can feel it from miles away, the same way we did on the phone when we called her for this interview. The University of West Georgia graduate has spent years studying the business; she racked up production experience at USA Network, Viacom and OWN to name a few. But it was after working on one-to-many reality shows that Diamonde made a decision to quit “traditional TV” and create a platform that would redefine the images people were seeing of black people in the media. BLOSSOM TV, the digital television network that Diamonde has created, will launch on January 29th with content that will showcase what it truly means to be a woman of color in the 21st century. In this interview with BAUCE, Diamonde shares why she created BLOSSOM and the challenges she had to overcome to start marching to the beat of her own drum.

You’ve spent a good amount of your career so far working in the traditional media space with big television networks. What inspired you to leave all that behind and create BLOSSOM?

Diamonde: I was working on a few reality shows and I was getting really really really stressed out. Working in reality television for me felt like no one cared about mental health or anyone’s wellbeing for that matter. People just cared about getting the show done no matter what. I knew that if I wasn’t well from the job that I was doing, there was no way I would be able to continue showing up well.

I got a great opportunity to start working for the show “Iyanla: Fix My Life”. During the time I was producing for the show, I had a lot of great creative and business ideas and I was trying to push them but no one was having it or wanted to hear my ideas. At huge networks, the decision making is already “fully fleshed” so there’s no room for new perspectives to be presented. So when I was on break from producing the show, I made the decision to move back to Atlanta and start BLOSSOM. I prayed on it hard and told God that I wanted to do my work in Georgia. I wanted to create in Georgia. 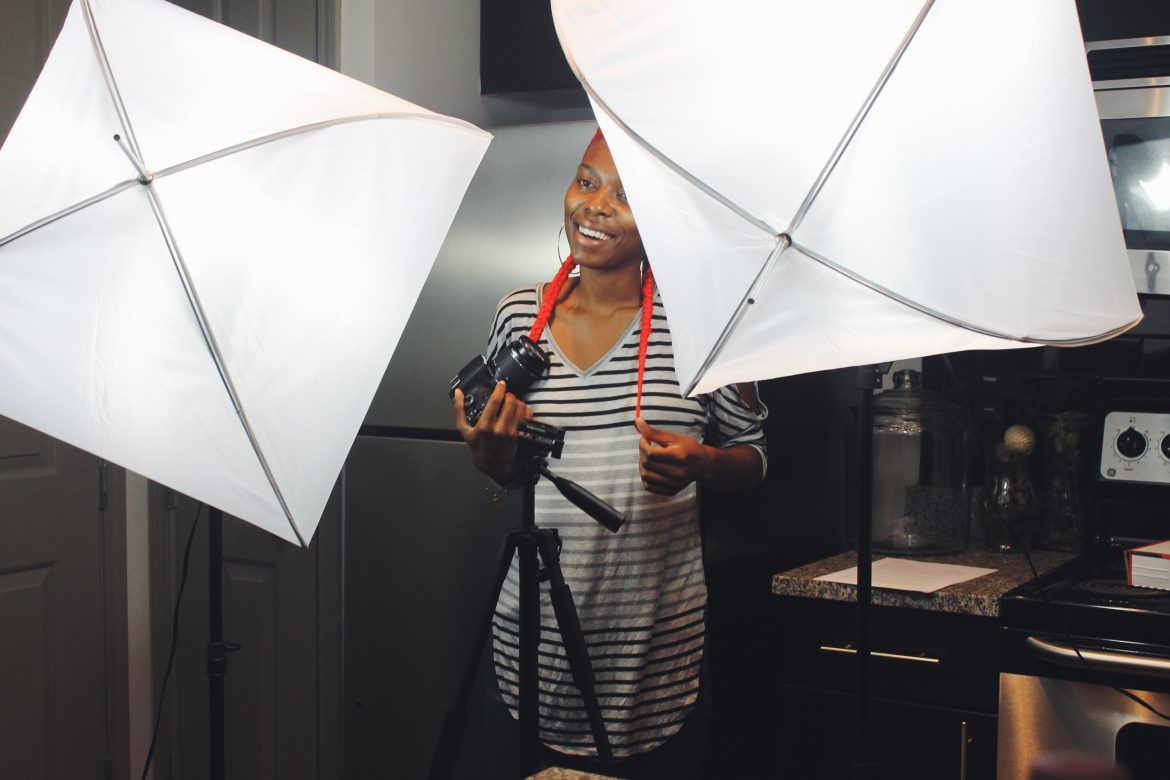 At first I wanted to call the network “bloom” but when I looked through the TV guide, “bloom” was already listed as the shortened name for Bloomberg TV [laughs]. So I decided to go with BLOSSOM TV instead. It was all inspired by my desire to create content that was reflective of who I was, of who my friends were and who the women I look up to are. I created BLOSSOM from the desire to see something different and to redefine reality.

What was the biggest challenge for you when you were working in reality TV?

Diamonde: Oh my gosh! [laughs]. The people! I was working with casts that thought I was there to SERVE them. I’m not your servant.  I do not idolize you. I am not going to bow down to you. These are people that want followers on Instagram, and they really let that get to them and I am not impressed by that. I definitely learned that I can’t work with people that I don’t respect. And I also learned that I will not do another show for money. I will not do a lot of things JUST for money. It’s just not fulfilling. Just because I can add a hot reality show to my resume doesn’t really mean that it presents a lot of value to me. It was really tough working with celebrities that have been built or “created” versus the people that work hard like true actors and actresses.

You plan to launch BLOSSOM TV on digital platforms only. Why not create a traditional television network or pitch BLOSSOM to a media giant?

Diamonde: I want to create without limitations. I want my content creators to create without limitations so I don’t want to have to report to someone and report back to my content creators and say their work isn’t good enough because “somebody said so”. BLOSSOM will live just like Netflix – on its own platform — that you can log on to via your Apple TV, your Roku or your computer and stream whenever and wherever you want, as long as you have Wi-Fi.

Some people might say that legacy networks are catching on and trying to create more shows that appeal to people of color. What is BLOSSOM TV doing differently that you think these networks are missing? 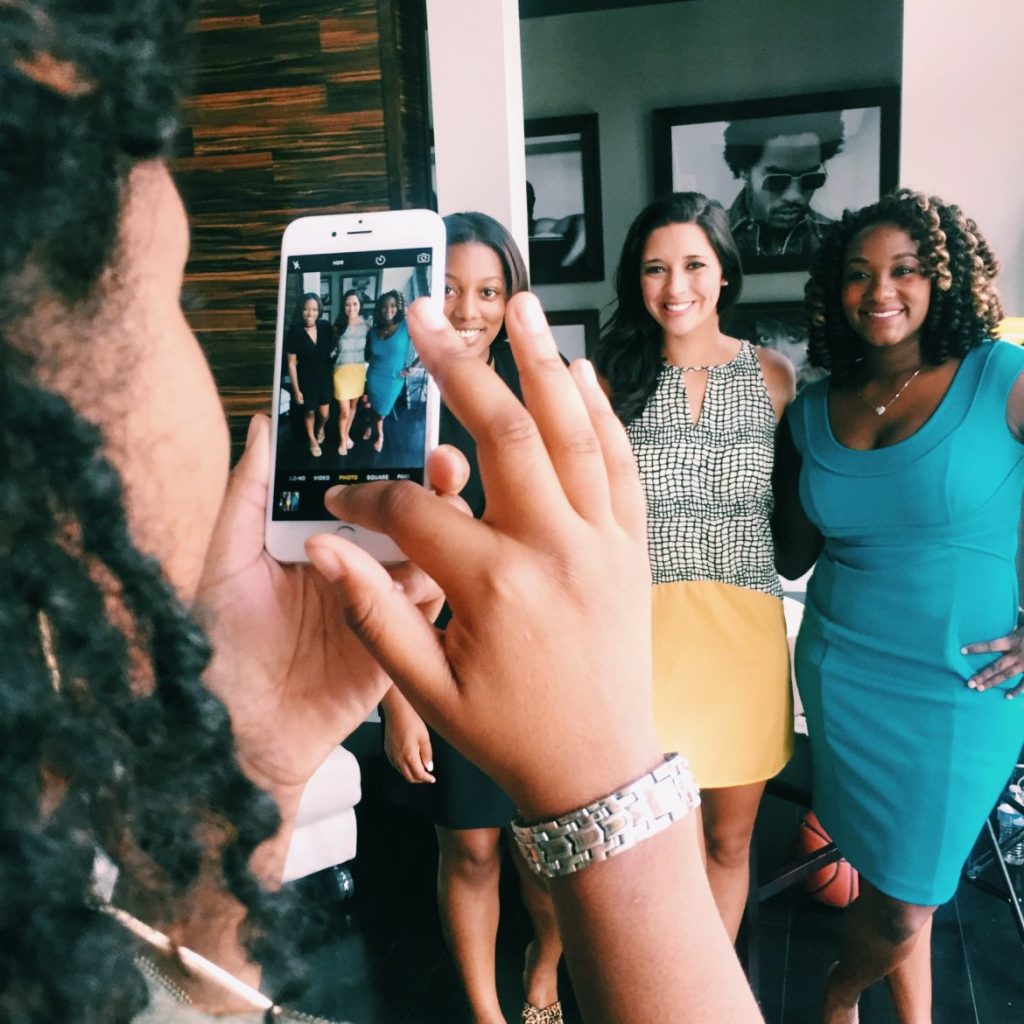 Diamonde: I am rooted in the community. I am speaking with the women whose stories I am going to tell. That’s what’s missing. If you are not rooted in the community and engaging with the women you want to “appeal” to, then you can’t connect with them. That’s how we are different. You don’t know what I want to see if you aren’t talking to me. And I believe legacy networks have become so far removed from that because they have established themselves and they almost feel like there is no competition.

Having BLOSSOM allows us to experiment and do whatever we want to. Networks have standards. Networks have requirements they have to meet. Networks are answering to people that have been doing this for years and we know what happens to people who do things the same ways for years. They keep doing the same thing, over and over — they do what works or what they think has worked. With our own platform, we have the ability to experiment and innovate. We are working with the new fresh SCAD grad that says, “I want to create.”

There’s a different passion in that and it’s not money driven. A lot of networks are money driven to what’s going to sell. It’s a consumer driven market and I’m trying to avoid that. I want to disrupt, period. I want people to feel like BLOSSOM is accessible. That I’m accessible. Because when you aren’t accessible to your audience, its not real anymore.

What obstacles have you had to overcome to get to this space of readiness to launch such a huge project?

Diamonde: I remember working with a few senior producers that told me it was going to be impossible to do anything on my own. They told me that if I wanted to make it in the TV business, I needed to stay in L.A. “Dont leave L.A.,” they said. “You can’t keep going back and forth.” And I told myself, no. I don’t want to be like them…so why would I listen to them? I don’t want to keep working on these shows for 16-hour days just to in one year become a supervising producer and do it all over again. Hearing that from people that I respected was soul crushing and hard to hear. But I had to overcome that in order to push forward with my dream. 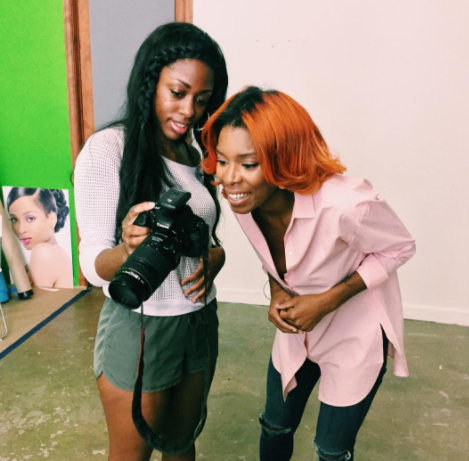 What is the hardest part about launching this network on your own?

Diamonde: Trying to maintain a balance and finding the money. Finding a job that would work with my schedule so I can shoot. This is not just me. I have an obligation to my girls. To my directors. To my VP. So I can’t just go missing because of a job. I have to make this work, not just for myself, but for them. This network is not just about me. It’s for more than me. We are creating our own little ecosystem here. We are creating our own little NBCUniversal. The time is now.

Diamonde, what is your advice to young women who are creating content right now and want their projects to reach the top?

Diamonde: Make it work and shoot for the sky. And you can’t be afraid to reach out to people. Most of the jobs I’ve gotten were because I reached out. Before I worked on Iyanla Vanzant’s show, I reached out to all the Oprah Winfrey Network producers I could find on LinkedIn and sent them a message. Now, none of them hit me back [laughs] but taking that action was me showing the universe that this is what I want – and the universe answered my call.

Have a show idea you would like to pitch to this BAUCE? Connect with Diamonde on her Instagram or via BLOSSOM TV.