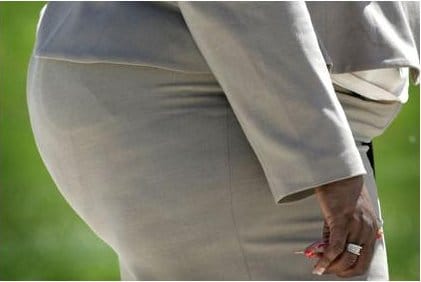 A little jelly around the belly can’t be that bad could it? There’s more to belly fat than meets the eye, including health issues that it could be cluing you in on. Lorraine Jones of BDO shares the real facts on what belly fat is and how it affects you beyond simply expanding your waistline.

Not all fat is the same. “It behaves differently in different places,” says Carol Shively, PhD, a pathology professor at Wake Forest School of Medicine. And its behavior is the key to what your fat is doing to you.

People store most of their fat in two ways:

Subcutaneous Fat. This is the fat we can see, and that sits just under the skin in the thighs, hips, buttocks, and abdomen.

Visceral Fat. This is the fat that exists deeper inside the body, around the vital organs (heart, lungs, digestive tract, liver, etc.) in the chest, abdomen, and pelvis. Visceral fat is the fat you don’t see.

Though many people are self-conscious about the fat they can see, research shows that hidden fat — in people of any size — may pose the bigger threat.

Fat doesn’t just sit idle. It acts like an organ that secretes substances, says Kristen Hairston, MD, who is assistant professor of endocrinology and metabolism at Wake Forest School of Medicine.

While visceral fat provides necessary cushioning around organs, Hairston says, it secretes “lots of nasty substances” that can be absorbed by the neighboring organs.
For instance, visceral fat cells release inflammatory compounds that can lead to insulin resistance and some cancers. Excess visceral fat is linked to greater risk of high blood pressure, type 2 diabetes, heart disease, dementia, and cancers of the breast, colon, and endometrium.

How Did I Get It?

Everyone has visceral fat — no matter what you weigh or what size you are. As you gain weight, you gain subcutaneous and visceral fat.

Where your body stores fat depends on your genes, lifestyle factors (such as stress and whether you get enough sleep), age, and sex.

Men under 40 tend to have a higher proportion of visceral fat to subcutaneous fat than women. Women store more visceral fat after menopause.

“Everyone is going to have fat in both places, but it’s a concern for your health if it’s gone over a certain threshold,” Hairston says.

In an obese person, the body can run out of safe places to store fat and begin storing it in and around the organs, such as the heart and the liver.

“Fatty liver disease was, until recently, very rare in nonalcoholics. But with obesity increasing, you have people whose fat depots are so full that the fat is deposited into the organs,” Shively says. “Now there is much interest in fat being deposited around the heart, as well.”

How Much Is Too Much?

CT scan or MRI is the most precise way to see where fat is stored. But there are simple – and free — calculations that can show how you might be storing your fat.

Most experts agree that, no matter what your weight, a waist circumference over 35 inches for a woman and over 40 for a man indicates that you may have unsafe levels of visceral fat.

Measuring your waist sounds simple enough. But to make sure you get it right, here are instructions from the National Heart Lung and Blood Institute:

• Stand up. Exhale before you measure — do not suck in your breath.

• Wrap the tape measure around your middle. It should go across your navel.

• Make sure bottom of the tape measure is just above your hip bones. It does not go higher up, even if you’re narrower there.

What about BMI? It relates your height to your weight. But it doesn’t show where we’re storing our fat.

Having a “pear shape,” with fatter hips and thighs, is considered safer than the “apple shape,” which describes a wider waistline.

“What we’re really pointing to with the apple versus pear is that if you have more abdominal fat, it’s probably an indicator that you have more visceral fat,” Hairston says.

Do I Still Have Fat If I’m Thin?

Typically, if you are at a healthy weight, you’ll have healthy levels of visceral fat, as well. But genes can predispose a person to being thin and still having a disproportionate amount of visceral fat.

Like overweight people with excess visceral fat, thin people with a genetic tendency to store visceral fat may have higher cholesterol and blood sugar due to insulin resistance.

“If a thin person is showing up with unusually high levels of cholesterol and blood sugar, it may be an indication that he or she is storing this kind of fat,” says Tuomas Kilpeläinen, PhD, one of the researchers who helped identify that thin-on-the-outside, fatter-on-the-inside gene variation.

An inactive lifestyle can also lead thin people to store fat viscerally. A study at the British Medical Research Council showed that thin people who maintain their weight through diet alone rather than exercise are more likely to have unhealthy levels of visceral fat.

How Can I Control Visceral Fat?

Forget spot-reducing. There aren’t any moves that specifically target visceral fat. As you lose weight, you lose all types of fat.

But vigorous aerobic exercise has been shown to trim subcutaneous and visceral fat, even fat stores in the liver linked to fatty liver disease. It’s also proven to slow the build-up of visceral fat over the years.

What’s vigorous mean? Most experts define “vigorous” exercise as activities like jogging for physically fit people and walking briskly at an incline for obese people who may risk injury by jogging. Workouts of the same intensity on stationary bikes and elliptical or rowing machines are also effective.

In addition, a lifestyle that includes moderate activity – raising your heart rate for 30 minutes at least three times per week – significantly slows visceral fat gains as well.
“Rake leaves, walk, garden, go to Zumba, play soccer with your kids. It doesn’t have to be in the gym,” Hairston says. If you are not active now, check with your doctor or other health care provider before starting a new fitness program.

There is no diet that targets visceral fat alone. But when you lose weight, belly fat usually goes first.

A fiber-rich diet may also help. Hairston’s research shows that people who eat 10 grams of soluble fiber per day, without any other diet changes, build up less visceral fat over time than others. That’s two small apples, a cup of green peas, and a half-cup of pinto beans, for example.

“Even if you kept everything else the same but switched to a higher-fiber bread, you might be able to better maintain your weight over time,” Hairston says.

Too much or too little sleep also plays a role in the build-up of visceral fat. A study published in Sleep tracked adults’ visceral fat over five years. People who slept five hours or less, or eight or more hours, per night gained more visceral fat than those who slept between six and seven hours per night. The study doesn’t prove that sleep was the only difference, but it may have contributed to the visceral fat build-up.

Managing your stress matters. That includes chronic stress you face in your personal life, and societal stresses, such as discrimination. A study published in the American Journal of Epidemiology showed that African-American and white women who reported significant experiences of discrimination had more visceral fat than women who hadn’t had such experiences.

The stress of discrimination doesn’t necessarily cause weight gain. But Shively, whose research focuses on social stress and visceral fat, tells WebMD that the body can respond to all types of social stress by storing fat viscerally.

“You can’t control society, but you can modify your response to it,” she says. Shively recommends getting social support, meditating, and exercising as ways to handle stress.

But I Only Have So Much Time!

“If you could only afford the time to do one of these things, exercise probably has the most immediate benefits, because it hits both obesity and stress response,” Shively says.