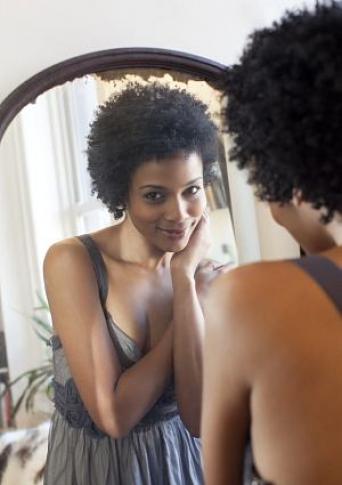 Living in the 21st century, a society which judges everyone based on images in the media, we often ask ourselves who we are. There are still many young and older people are trying to figure out just who they are. With all the different stereotypes that the media depicts about females, especially females in the African-American community; are still trying to find their place in society. Women in general have had a long history of struggles and accomplishments, from getting voting laws passed to being CEO’s and Vice Presidents of Fortune 500 companies.

While I was growing up during the 1990s era, there were many important historical moments that were taking place in popular culture, but there were not that many females who were making or apart of the many historical moments. I can count on one hand the number of females who were notable role models during this era. I can remember the day I decided or recall when I found my identity. This day was in the Winter of 1999, I was in the fifth grade. My favorite elementary teacher Mrs. Moore, read us an empowering and inspirational poem “Phenomenal Woman” written by poet and author Maya Angelou.

Maya Angelou is a famous African-American author, poet, and writer whose notable pieces such as her autobiography I Know Why the Caged Bird Sings, are required readings in many Literature, English, and Women Studies courses. She is one of my favorite writers; we even share the same birthday. Even though I was only 10 years old, the poem had great impact on my life. I understood some meaning behind those powerful written words, but it wasn’t until I was a senior in high school that I understood the true meaning as to why the poem was written.

After reading the poem numerous times I always asked myself the question, “Who am I?” and “What is your identity”? Now at the age of 24, I can answer both of those questions. The identity I want for myself is to be a young African-American female who inspires and empowers others, both male and female, to be the best they can be, regardless of the media stereotypes and negativity. Being a young African-American female, in the 21st century, and today’s society, is hard especially; when you have peers who do represents our demographics in a negative way.

The young females who represent our demographics in a negative way maybe are the individuals who don’t have a positive role model in their lives or think they should follow in the footsteps of female reality television cast members, who are not setting a great example of what a young woman should be. On a daily basis I see young females in the age demographics of 16-25, who do not have any type of self-respect for themselves, or their culture. They are steady falling in the negative media stereotypes and making a bad name for themselves. I raise the question to all females, especially young African-American females, who are you and what identity do you want to have?