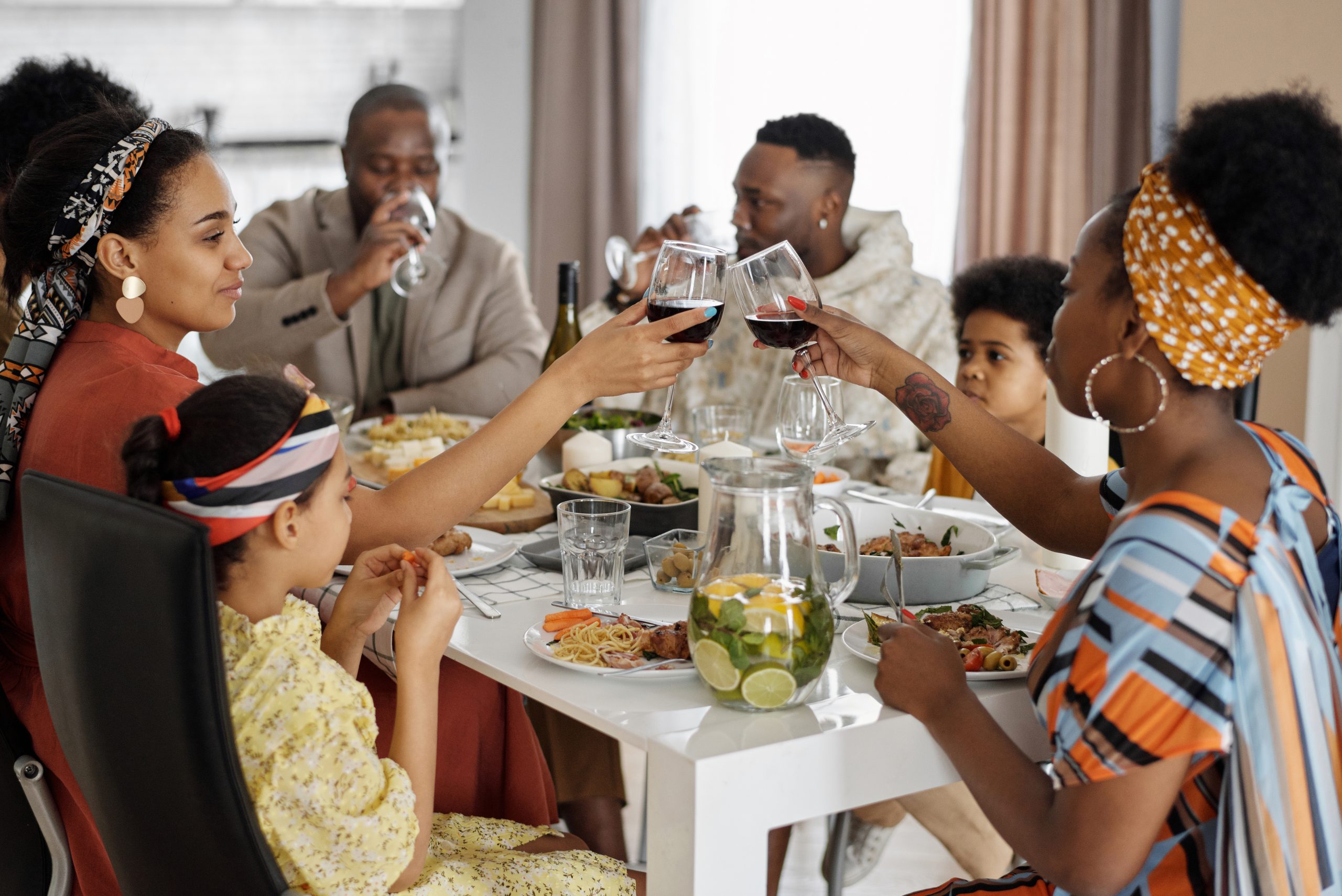 In American culture, the food primarily consumed by African Americans is called “soul food.” This term of cuisine was born from the history of slavery. The fatty meats, fried foods, and rich gravies are foods that have caused many health problems among African Americans all over the world, but back in the slavery days, those foods were what kept black people fed and full… That type of food was prepared as a necessity to survive, ultimately.

Today, certain meals associated with soul food are looked at as delicacies and considered as traditional meals in the black community, despite its long history of being the direct cause of obesity, heart disease, and diabetes among the African American race.

More and more black people are becoming educated on the health problems coming from these soul food meals, and as more learn about the issues, they’re making efforts to find healthier alternatives to still enjoy the flavor and history of the meal without sacrificing the culture behind it.

So, it forces many African Americans to ask the question: Is it possible to make soul food healthy without completely destroying the history?

It absolutely is. For younger generations of African Americans, adopting healthier soul food alternatives is much easier than it is for some of the older generations to adopt, simply because older generations have a much deeper connection to slavery and are very firm in eating what they were raised on.

That’s not saying that the younger generations of African Americans are oblivious to what their ancestors had to succumb to during those times, but again, more and more black people are becoming conscious and aware of what they consume, and they want to live a long and happy life just like the next person does… If that means changing up eating habits, then that’s what will be done.

If you’re having a hard time making the switch, here are some ways you can make soul food healthier.

Reduce Your Intake of Fried Foods

There’s nothing wrong with enjoying a fried meal every now and then but not with every meal. And one of the reasons fried chicken is such a staple in African American food is because it “keeps” well. Again, back when black people had limited resources, fried chicken was a food that could be eaten hot or cold, and since many blacks didn’t have the luxuries of refrigeration, fried chicken was a means to have long-lasting food in their homes.

But things are different today. If you have a craving for fried chicken or fish, skip the flour and hot grease, and instead season your chicken and dredge it in bread crumbs and bake it for that crispy bite you crave. Pan-searing your chicken with lemon is also a great way to prepare your chicken without sacrificing flavor.

Load Up on Vegetables

Vegetables aren’t a new phenomenon to soul food meals, of course… Vegetables are actually one of the biggest staples of the cuisine, aside from the meat. Collard greens, cabbage, green beans, and sweet potatoes are all soul food favorites, but the way they’re traditionally prepared is what depletes the nutritional value from it.

Most soul food vegetables are cooked in fat meat like bacon and fatback for flavor, and despite the mouth-watering taste it gives vegetables, it’s very unhealthy, and if consumed too often, the grease from the fat meat can clog arteries and cause weight gain, because it indeed is fat.

A healthier meat to cook with would be turkey bacon or turkey legs. Some people even cook their vegetables in chicken, beef, or vegetable broths to eliminate the use of meats altogether.

*Healthy alternative suggestion: Another way to load up on vegetables is to consume them in juice form. Consider mixing up your veggie intake by consuming them as a juice cleanse for a healthier diet. This is also a great food choice for busy lifestyles*

Give Traditional Meals a Healthy “Remix”

Soul food is known for being rich, and usually, when food is considered as rich, it’s usually full of flavor but also full of calories too. Things like macaroni and cheese, fried okra, and mashed potatoes are soul food favorites but don’t do our bodies any good. Consider remixing the recipes with a healthier flair.

Instead of using potatoes for mashed potatoes, use cauliflower. Instead of fried okra, take your fresh okra and pickle it. For macaroni and cheese, consider putting fewer macaroni shells in and incorporate broccoli to replace some of the shells.

The key to success here is to make your transitions in baby steps. There are indeed many different ways to create healthier alternatives to the soul food meals you know and love but making the switch can take some getting used to. So don’t try to jump in head-first; try a few recipes on your own to see which ones you like most and can actually add to your lifestyle.