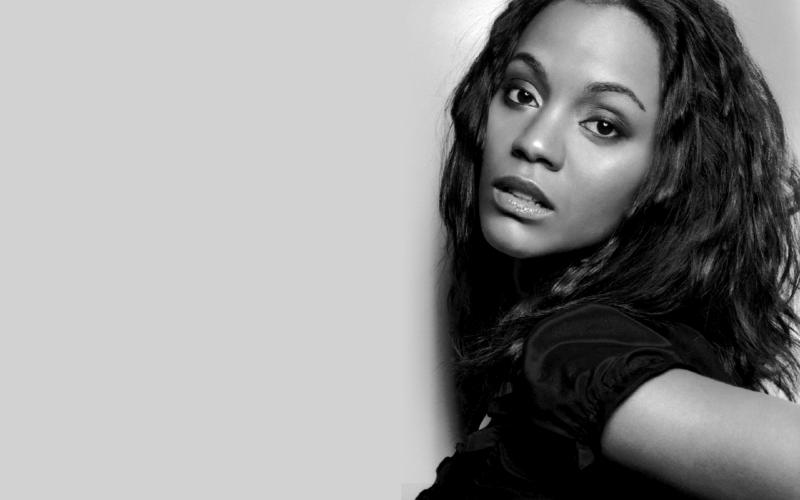 Zoe Saldana recently re-tweeted a follower who wrote the following:

“omg I just got the petition for someone ‘blacker’ to play Nina Simone… reverse racism at its best.”

Saldana, a nació aquí (born-here) of both Dominican and Puerto Rican cultural background, is receiving backlash for being assigned to play the leading role of Nina Simone in a biographical film about the singer.  Fans of Simone, particularly members of the African-American and black communities, are outraged that a light-skinned Latina actress is portraying the revered dark-skinned, African American performer. The controversy has sparked an online petition for someone else with darker skin to play the role.  Simone, who was a prominent singer in the ‘60s-‘70s era, was also an avid activist who used her songs to spread civil rights messages.  The irony of the controversy behind the skin color of the actress portraying her is, needless to say, ironic.

Yet Simone herself was quoted as saying, “I do not believe in mixing of the races.  You can quote me.  I don’t believe in it, and I never have…I’ve never changed my color, I have always been proud of myself, and my fans are proud of me for remaining the way I have always been.”  Of course, she was speaking more so on the terms that she was proud to be dark-skinned rather than light-skinned.  The mind-boggling question, therefore, is whether it is disrespectful to Simone’s legacy and dark-skinned pride for Saldana to play her character, or if the controversy itself is in contrast to the singer’s own beliefs and passion for equality and liberty.

Simone’s own daughter, Simone Kelly, agrees with the former, telling the New York Times, “My mother was raised at a time when she was told her nose was too wide, her skin was too dark.  Appearance-wise, this is not the best choice.”

Colorism — or discrimination based on skin color — is a centuries-old phenomenon that, despite all of our movements towards acceptance and equality, still remains a relevant issue.  African-American and black women have always had to deal with that ever-hovering beauty concept that lighter = better.  Just look at the most famous African-American and black female artists in the scene today: Beyonce, Rihanna, Nicki Minaj — all lighter skinned and all arguably more successful than the rest of their darker-skinned peers.

Yet does colorism affect females in the Latina community?  According to Damarys Ocana, writer for Latina Magazine, it certainly affects those who identify with being “Afro-Latina”, or Latina women who also possess African/black roots but were born or raised in the Hispanic culture.  Many Afro-Latina women deal with being caught in between not being considered light-skinned enough to fit the ideal Latina beauty standard or dark-skinned enough to truly integrate with those of a African/Black background; Saldana is a prime example of the latter.

Despite this struggle with facing issues of colorism, the numbers of young women in the United States who identify with being Afro-Latina are rising and networking like never before.  Last November, the Afro-Latin@ forum gathered for a 3-day conference in New York City with workshops, performances, and dialogues on the Afro-Latino culture.  There is also a sharp increase of Afro-Latinas who are successful in the business industry who advocate for cultural pride, among them Saldana, Soledad O’Brien, and La La Anthony.

Ocana writes, quoting, Saldana: “We tend to look for European roots and reject the indigenous and the African, and that’s disgusting.  Being Latin is a mix of everything.  I want my people not to be insecure, and to adore what we are because it’s beautiful.”

Again, the irony falls on the idea that, just as Simone faced ridicule and negativity over her skin color, so too does the actress set to play her, just in the opposite way.  Maybe this is exactly what Saldana needs to accurately portray a woman who struggled with the issue of colorism. Or maybe we just need to stop hating and focus our energies on issues other than skin color.  Just a thought.