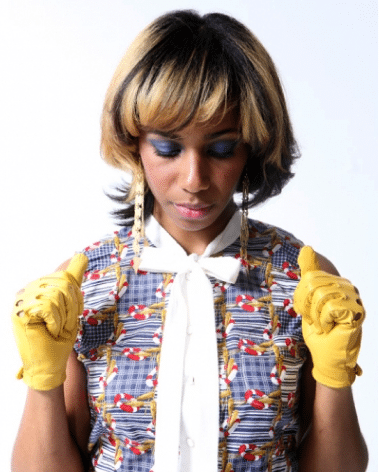 This week, we are filling your ears with an Adele cover. We know…of the millions of covers that have been made, with their interesting and hilarious variations, Adele might as well be crowned as a karaoke queen alongside her status as a queen of the billboard charts. Nevertheless, we promise that this cover will be worth your while. Digging deep back into the British singer’s music vault, we found a gem of a cover of Adele’s “Hometown Glory“ by Brooklyn’s own, Santigold.

“Hometown Glory“ is one of the very few songs that is not about a break-up; instead it is a love story of a London native and her city. The song tells the story of a more subtle divide, one between the government and the people of London. This idea is expressed by Adele’s lyrical hand when Santigold croons, “I like it in the city when two worlds collide. You get the people and the government, everybody taking different sides.” Yet, somehow, the governing state and its citizens find a way to co-exist in an unforgettable city and hometown where “memories are fresh.“ Santigold’s unique vocals take listeners back to London, as the words of the songs tell a story of a world where “the air is so think and opaque.”

Covering a song such as Adele’s was a huge difference from the type of music that Santigold produces. Yet, when you hear her voice, it is as if she was a perfect match for the song. She masters the instrumental break in the song and truly makes the song her own. It is a cover where your imagination has the free reign to run wild. The lyrics of the song itself can paint a good picture, but when paired with the right vocals it can take a good song to an amazing song. Santigold does this in her cover of “Hometown Glory.”

Let us help you start off your work week in a relaxing way, let your mind release stress and anxiety as you listen to this song. We hope you enjoy it!