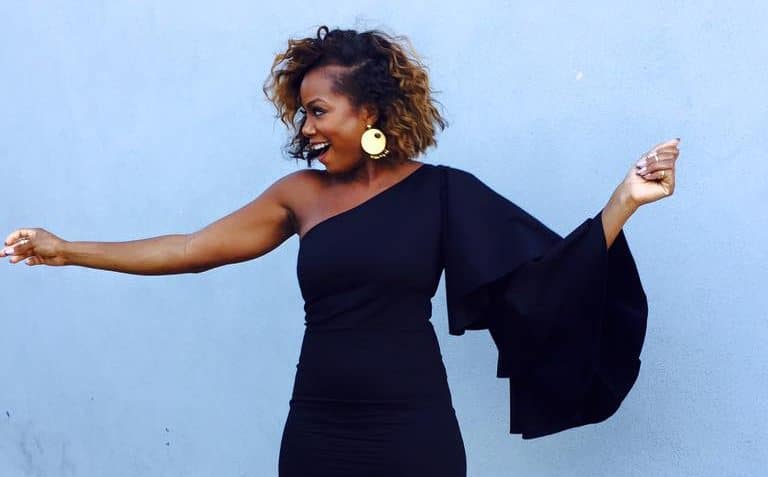 Tai Beauchamp’s list of credentials when it comes to media and fashion are envious. Most notably recognized for becoming the youngest and first African-American Beauty and Fitness Director of Seventeen magazine, Tai has made a name for herself as a highly sought out industry veteran and media personality. Shortly after leaving publishing in 2005, Tai launched Tai Life Media to connect her passions for media consulting and women’s empowerment. Now as an entrepreneur, Tai’s daily schedule is never the same and includes everything from editing content for her site TheTai Life to scheduling calls with her bicoastal team after shooting for her latest gig as a judge on “Window Warriors”. In this interview with BAUCE, the Spelman graduate discusses what it takes to excel as a media personality and how she accidentally fell into entrepreneurship.

You have built an accomplished career within the media world, no doubt. When you were 16 years-old, did you know you would end up in the beauty, fashion and entertainment industry?

Tai: Absolutely not. At 16, I thought I was going to go to medical school and become a doctor because that’s what most young black children think they’re going to do. My parents are educators so I thought I’d be a doctor for sure but at that same age I also was doing some modeling so I had been exposed to the fashion industry at a very young age. When I think about where I am right now in terms of the motivation and inspiration and connecting with people, my first memory of speaking in front of people and knowing that I might do that was when I was 4.

Its very interesting to think back now because then I didn’t know what my passion for speaking in front of public groups meant at 4. I thought that might mean I would be a great lawyer one day! But obviously that evolved and I thought it might mean that I might do medicine. I think for most people, at some point when you are able to connect your true self with your true gift — when you have the ability to see why you are here and what feeds you and what fuels you — that moment and those times (whether or not you’re 4 or 40) is when your really are most enlightened in my opinion about what the possibilities for you can be.

You’ve also done a lot of hosting gigs for big media brands over the span of your career. What do you love the most about this line of work and what is the most challenging aspect of it?

Tai: I love connecting with people. The people that I always admire are people who either hosted or spoke in a way that truly connects people. Obviously there are some speakers who speak just to hear themselves speak. But when you speak to connect with someone, to understand someone’s journey or someone’s point of view, and then take that and have that be a lesson for others to impart knowledge or inspiration, understanding, healing, enlightenment, development, in some way — that’s where the power is. That’s what I love about hosting. The opportunity to connect with people.

The most challenging part is that you have to hear and listen very well. It’s not just a skill or a talent – you really have to develop that. So I’ve found as I have gotten wiser [laughs] that you really have to stretch that muscle to really really listen to people. So that’s important.

You are currently working as a judge on the visual merchandising game show “Window Warriors”. What are your thoughts on criticism and constructive feedback? What is it that people should remember about critiques?

Tai: I think there is something important about silencing naysayers, right? A naysayer is someone who says something to create or trigger a response, whether it be good or bad. But when you have respect for someone else’s journey and you know you can learn from them, criticism is really a tool and a benefit and also an opportunity. I’m thinking about one of the female contestants on “Window Warriors” who actually won a competition but didn’t perform too well one week. She had a male partner and said the reason why she chose him was because she recognized he presented an opportunity to fill the gaps in her skill set and complement her weaknesses. That was her strengths.

[Tweet “Look at criticism as an opportunity to grow. Don’t take it personally. -@taibeau”]

Your work is very entrepreneurial — you juggle several opportunities and no one day is the same. What lessons have you learned from being your own boss?

Tai: [Laughs] Girl, that’s a book! I was an accidental entrepreneur. I didn’t set out to be an entrepreneur. I didn’t develop a huge business plan and say this is what it’s going to look like. I left publishing around 2005 and at the time I really wanted a break from the media industry mostly because I had worked super hard to achieve success from a title standpoint. I wanted to take a break and do something that I thought would be most meaningful so that kicked off my journey to do my philanthropic work through my mentor’s family foundation. I didn’t know I was becoming an entrepreneur at that point because I was consulting with his family foundation. I also took a job at Vibe Vixen because it allowed me to be flexible in doing other stuff. But I’ll say one of the greatest lessons that I’ve learned about being an entrepreneur is that partnership is really important and understanding its value. I think a lot of young people think that their pursuing entrepreneurship because they want to rule the world on their own. Partnership is essential in all aspects of our lives including professionally, personally and spiritually.

The other piece that connects to partnership is that (as an entrepreneur) you are not your own boss. You have multiple bosses. All your clients are your bosses because you have to answer to them. Think about big brands and how they allow their customers to drive their messaging. If you are really smart about brand building, then you’re thinking about all your clients and consumers as the people you have to report to. When you can do that well you can thrive and grow and build a successful business.

What would be your advice to young women who admire your work and want to do what you are doing?

Tai: I’m always completely honored when people say they are inspired by me. The walk that I walk I am grateful for, but I want to see people take their own journey and learn from what I’ve done and own it in their own way. That’s what I see in Julee Wilson. Elaine Welteroth. Kahlana Barfield Brown. These are my sister friends and young women who came behind me in this industry and worked hard. You have to own your own journey. Take pieces form other people but then own you. I admire the millennial thinking where everyone wants to be their own boss. That’s a beautiful thing but remember Rome wasn’t built in one night.

If someone told me two years from now I’d be doing the same thing, I’d be disappointed. It’s a journey and life is always about growth. Some young people commit entrepreneurial suicide of sorts because they are so eager to step out on their own before truly having the opportunity to learn from within an organization first. I don’t believe that life is supposed to be a struggle. I also don’t advise people to quit their job and run the world without a plan. Unless you have resources to support yourself and constantly invest back into your business, I would say keep working and pursue entrepreneurship on the side until it pays you enough to leave. Don’t be too quick to jump. Multitask. Develop your business and hone who you are.

In your own words, what is a “BAUCE” woman?

Tai: A Bauce is someone who challenges herself and challenges others to be their best selves. She doesn’t take no for an answer.