He may not be your man, but you know that he exists. “Captain Save-a-Hoe” is the man of every woman’s dream. He’s a pretty boy, dresses sharp, got money, drive, and probably knows that all fifty girls in the club are gawking at him including the drugged up bouncer outside. And he may not even be that “fine” as my sisters would like to say, but he’s got that swag (and cash) that makes him look quite alright. Everyone loves Captain Save-a-Hoe because he gets along with everybody. He’s all about building community and uniting everyone, including the classy chicks and the hoodrats. His only problem is that he has a weakness for anything that walks on two legs and smells remotely like Victoria Secret’s Love Spell. He’ll fall for anybody because he’s just too…nice. Especially the hoes.

You see Captain Save-a-Hoe is a huge softie on the inside. You may not notice from the way he fronts but he’s the type of guy who likes helping people, uplifting as he climbs, and he thinks he’s well…Clark Kent and he can save the world. His mission is to take any rough and tumble chick who’s been through some things with her old man and show her a little bit of his charm. Yes, ladies, this is why the hoes get the guys before you do. They don’t have to work that hard to impress them. It’s true. He’ll take ‘em to a nice restaurant, buy ‘em a few nice things, let ‘em go on a shopping spree…while they’re texting their wifey (you…the classy one) on the side. And when you ask him whose TaShanda? Who’s Kelly? Who’s Lanique? Who’s Ashley? He’ll say, “Don’t worry baby, those are my friends.” 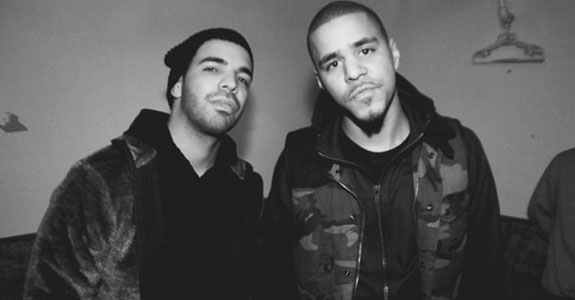 Those are his hoes, chick. Don’t be fooled. But you won’t realize it until he goes into a small bout of depression over some crazy lookin’ girl for a few weeks. You’ll ask him what’s up and he’ll go on and on about some fishnet wearing chick that you saw at the club last week. Shaking her glitter-sprayed bootie in her two-sizes-too-tight dress. That she bought from Rainbow. Next.

Captain Save-a-Hoe always gets played by the hoe. She knows his game and runs him for it. And he ends up assed out and crooning sad ass love-hate songs like Drake:

“I think I’m addicted to naked pictures
And sittin talkin’ ’bout bitches
that we almost had
I don’t think I’m concious of making monsters
Outta the women I sponsor til it all goes bad.”

And you’re the classy chick that ends up dating him after the string of hoes have broken his love-strung heart have to deal with all his mood swings and cold-heartedness:

If you find yourself dating a man like this do not rush all up on him with your feelings, ladies. You have to give him time. You have to give all men time. You see when you try to get all ooshy and gooey with a man in a matter of weeks in meeting him you make him all antsy and scared. Every woman knows men mature a little bit slower and we’re scared of commitment. Once a man starts to grow into himself and starts getting a little attention he wants to get out there and be a wild tiger, playing the field to see what he can get. Okay, not all men are like that. There are some genuine guys and some genuinely confused guys but for men with big ass egos most of them think this way.  Captain Save-a-Hoe needs time to mend his broken heart. And to learn that hoes can’t be saved. Period. And ladies, it may take months even a couple of years for him to do that. We are sensitive creatures. But trust you if he’s feeling you and doesn’t want you to run away he’ll try to keep you in earshot. Hit you up. But if he’s only hitting you up after 12pm then steer far far far away. Because the only fool your messing with is:

“Some niggas save Hoes / I’m not that heroic.”

The other guy with swagger. Who knows he looks good. And doesn’t give a F-U-C-K what you think. In fact he’ll tell you he looks good. He’ll compliment himself in front of you. He’s so into himself that he doesn’t have time to respond to your text with more than three to five words. Or he won’t respond at all. And he’ll still be able to hit it in the morning like J.Cole. When you’re out he’s on his phone, tweeting or texting. LaShonda. Renee. Danielle. The other girls. Yes, it’s plural because there are other girls. Didn’t you hear?

“I heard you got a main chick / A mistress and some hoes / You be up to no good / And everybody knows.”

What, yo’ homegirls tried to warn you, they tried to let you know.

He got money? He got a nice ride? He’s got the good good? You want him to be yours, right?

Mister Play-a-Hoe never gets played. That’s right he never gets played. I know from experience ladies, because I used to be one. I was so in to making my little black book bulge at the edges that I didn’t care how many feelings I hurt in the process. Mister Play-a-Hoe knows how to run the games. He’ll pursue you, fly over five states to see you just for you to spread your legs. And the worse thing about it is that he knows he’s a dick: “You shouldn’t judge a nigga off of the shit that you hear.” Seriously?

But a superhero can only run around without his cape for so long. Why do women end up with men like this? Well, for one it’s because us guys can be total assholes sometimes and we act this way, for real because we think it’ll build up our confidence. Until we crash. And burn. And start singing some Marvin’s Room type-ish while taking a cold shower. At mom duke’s house.

However, women you have to stop overlooking Robin. You know that measly little guy that stands next to Batman in all the movies? He’s actually worth something. Now, I’m not saying the next time you meet a guy dis him for his wingman. Because very rarely do men meet women in a club that they actually want to spend the rest of their lives with or wife up. But you need to look for the better qualities in men than what’s flashing on the outside. When I stopped talking about my Rolex and how much money I had, I began to attract more appealing and accomplished women. When I began to see that my sexual partners each month didn’t have to be as long as the double-digit tracks on my favorite album, I began to be seen for the real man who I was. It takes a little work from both sides, but I just wanted my beautiful black sisters to know that the more they chase after the glitz and glam the more they put themselves into the “hoe” category.

Besides, it’s time to put these two bad boys to rest. Everybody knows Cat Woman was one bad mama-jama in her little leather suit.And she did bad all by herself. Independence and ambition. Now that’s sexy.