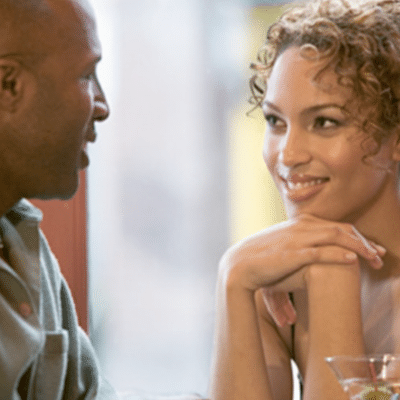 In the last few years, women have been making more money than men. In that same amount of time, more women have been graduating with higher education degrees. In this new era, we are doing everything by ourselves and for ourselves. After all, we can afford to!

Does that mean it is time to take matters into our own hands and ask men out?

Some men may find it hot for a woman to walk up to him and tell him how she feels. There are also guys who would never say a thing to a woman if he had the opportunity to. Is it time for us to step up to the plate and arrange a time and place? What about his phone number?

It may offer some perspective and understanding for what men go through on a daily basis. Men are expected to take initiative and they are the ones who deal with the possibility of rejection even after they have gathered enough courage to approach you.

What about the guys who like the old-fashioned way of courting? Some guys revel in opening doors, paying for checks, pulling out and pushing in chairs, and of course asking us out on a date. Will they be offended that we take a stand and make a silent, but pronounced statement that we are very capable of doing those things, too?

If there are old-fashioned men, there are bound to be some old-fashioned women in the crowd. Some women may be wary of this new approach to courtship and dating because they prefer the big romantic gestures from men and would much rather be swept off of their feet than to do the sweeping.

Some women find it attractive for a man to take initiative. Asking her out on a date is the first step to the attraction that may develop (or smolder, who knows?) into something more.

On the other end of the spectrum, some women may argue that women are not breakable creatures. We can stand on our own and ask you out if we want to, thank you very much. Men may find it incredibly sexy for a woman to take charge of something that could blossom into a beautiful friendship or relationship. A little courage (and lipstick and/or lip gloss) is all it takes.

It is the 21st century, ladies. Are you going to be bogged down by tradition? Tradition may be progress for some, but a hindrance for many.

This is in no way to discourage the old way of courtship. We all have own methods, and at the end of the day, the person we approach may either like or dislike us for asking him out. If he does, that is wonderful. If not, then it is on to the next.

You may never know what you are missing out on. It is at least worth a try. Who knows? You might even like it.