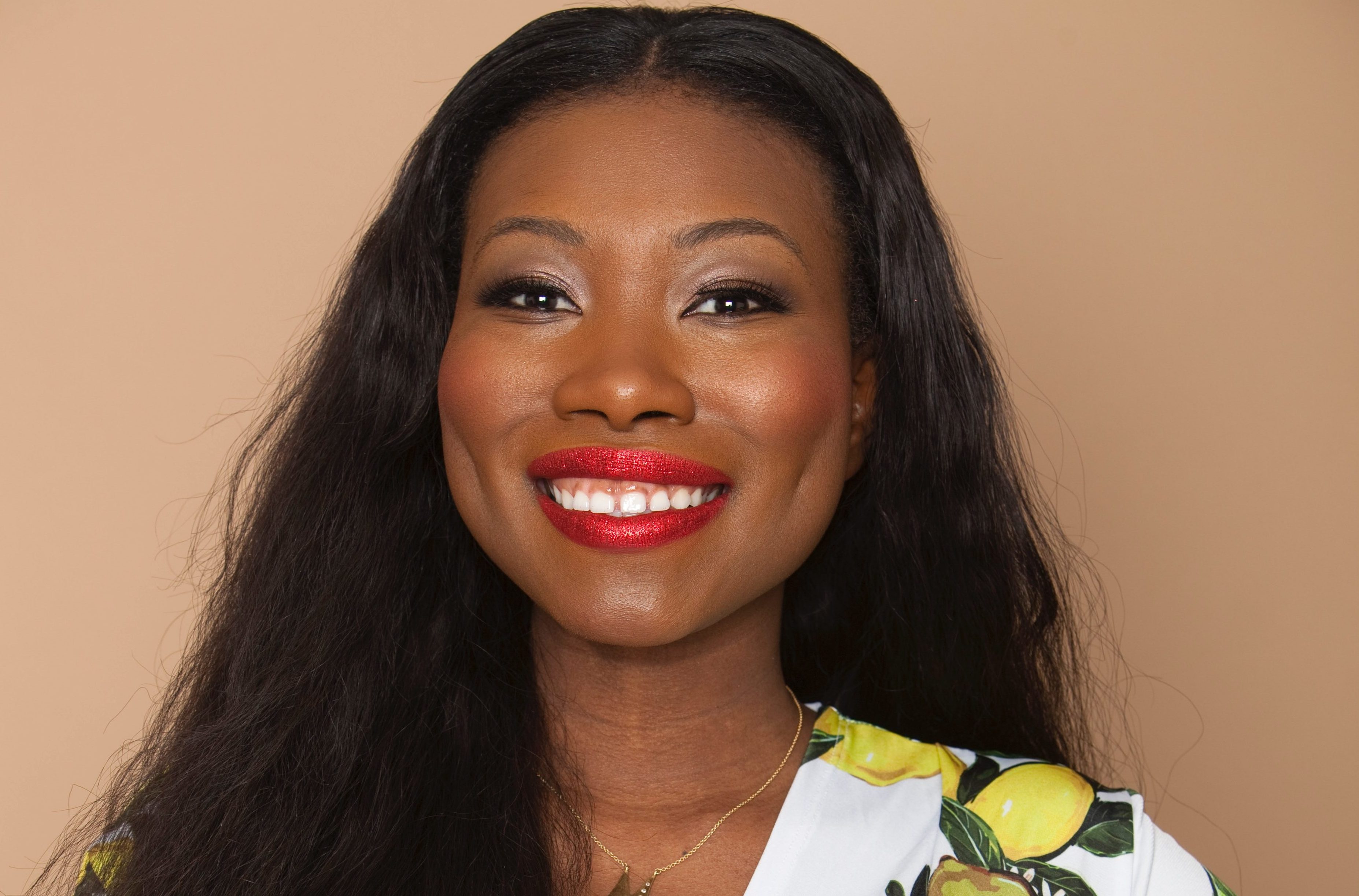 Marie Jean-Baptiste is the definition of a survivor. After transitioning from a short-lived career as a nurse, the Haitian fashionista created the contemporary women’s lifestyle clothing brand Rue 107  in hopes of living out her childhood dreams of becoming a designer. Using social media and her own money, she watched Rue 107 steadily grow — until 2014 when she hit some major road bumps that affected her company financially and almost forced her to close down shop. Instead of buckling, Marie did the unthinkable – she took the lessons she learned from a very difficult year in business and turned it around for the better. In 2016, Rue 107 went from a couple thousand in the bank to surpassing $1 million in sales. Additionally, the company continues to buzz on the internet with a combined half a million followers across social media. In this interview with BAUCE, Marie gets real about what it takes to turn a failing business around and emerge as a true leader against all odds.

You originally worked in nursing before starting your clothing company Rue 107. Have you always had a passion for fashion?

Marie: Well I’ve always been a creative being my whole life. I was in to dancing, panting, designing, sewing — I love working with my hands and being very expressive with my work so it was a natural progression. When I was younger I used to always say “I’m going to be a fashion designer” or “I’m going to be an Alvin Ailey dancer.” The dancer part didn’t work out. But I was very clear that I was going to find my path at some point. I knew at 18 that I some point it would work out and whatever I ended up doing I would love it.

Marie: That’s a really good question. I  would have to say it was my first industrial sewing machine. It was $800 at the time and I emptied all my savings to buy it. It was a big deal in my house because I was living in Canarsie, Brooklyn at the time with my mom and sister and they would yell at me like, “What are you doing with this big, old machine?” And this was before Rue 107, when I realized I wanted to be a fashion designer. It helped me years later when  I did start Rue 107, but I remember it being a big fight in my house because an industrial sewing machine takes up a lot of space and it was a small apartment so they would always make fun of me and be like, “What’s wrong with this girl! Do you even know how to use this thing?”

Of course I didn’t know how to use it, but I just knew I was going to need it one day.

You were an independent fashion designer  before you launched your own store? What was that experience like?

Marie: I did my first collection and had my first fashion show when I was 18, right out of high school. y best friend Hannah, who was a model at that time, was doing shows at New York Fashion Week at that time. Her agent had a big loft and he liked my work and said he wanted to put on a show for me. So I used my fancy sewing machine to put my collection together and that was the starting point for the slow progression  to what Rue 107 is today. During that time, I did a lot of internships, assisted other people, did a lot of self-taught situations, custom work for people. I launched different lines that didn’t work out. I went through ten years of failure after failure before Rue 107 started to take off.

Several lines failed! How did that happen? Were these lines for other people or your own work?

Marie: Both, both. I had a line of yarn-wrapped jewelry that I was obsessed with and I would sell it in front of Habana Outpost in downtown Brooklyn. Some of the stores bought from me and stocked my jewelry and I had private clients, but the thing with that type of work was I always thinking what’s next? How am I really going to scale from this?When I realized I couldn’t scale something, I stopped doing it. So there was a lot of starting things that sold enough to make some money but a lot of those ventures weren’t viable. Like how do you scale yarn jewelry? [Laughs].

So, what gave you the idea to create your own fashion line? Like when did you get the idea that you could have your own store?

Marie: I remember the moment exactly. I remember feeling like it was now or never. I was pursuing my RN in my twenties and it felt like it was taking a lifetime because I kept taking time off. I finished my semester doing a psychiatric unit clinical, I failed my exams by two points. That’s when I asked myself, “What are you doing? This isn’t for me.”

[Tweet ” ‘I went through ten years of failure after failure before Rue 107 started to take off.'”]

From that point on, I was done with nursing because I knew I wasn’t happy. You know, you’re only 26 once – it’s a very important time. Some people use their twenties to go out and party, but it’s a crucial time to make important decisions because you’re never going to have that type of freedom again. At that point I told myself that I was young,  I had enough energy and clients to start something. So I decided to just go for it and do it.

You have nearly 300,000 followers on Instagram. When you first launched Rue 107, how did you market your clothes?

Marie: We were early adopters of social media. I literally started this business on Facebook. I didn’t have a website. It was like I’d wear some leggings, my friends would wear my leggings, and then we’d take some pictures and post them. But there was something about the simplicity, and it was really raw. Social media has changed a lot but that part is still  true — there are so many upcoming brands and the way they connect on social media, without any fancy budgets or campaigns or social media team, can be genuine and can create demand. That’s what we did; there is still possibility to do that now, but people get so wrapped up in the idea of social media because it feels so big. You just need to know your niche — there’s always a niche. So I think if you can find your place, you will find your people.

I also kept tweaking for growth. In the beginning, I had a lot of customers come to my apartment to shop in Brooklyn. I had a lot of shop parties. When I first started growing, I did a lot of those type of things, but what really made Rue 107 grow was social media. My first post on Instagram was in 2011.

So it seemed like Rue 107 was growing and starting to become a success. Were there ever times when you almost had to shut down Rue 107 or go out of business?

Marie: It happened more times than I’d like to admit in regards to running out of money, but I’d say there were two times were I felt like I wasn’t going to make it or come out of this. Those moments forced me to go back to the basics. 2014 was a really tough year and so was 2015 because I was still climbing out of it. The first issue was internal, in terms of people. Not hiring the right team – this overhead is your biggest expense, so you should be very careful with them. I over hired and I didn’t really know how to lead back then. There’s a lot to be said about education, getting training, coaching, reading the right books to become a great leader. There’s a big difference between being a natural athlete and being Serena Williams.

I think I overstepped my capabilities and things completely spiraled out of control. There was a lot of lack of respect. It was horrible. My IT person acted like he was the owner of the company. There was a lot of bad energy and that was my biggest lesson to date: being able to foster talent and still have boundaries and take accountability.  Because even though those things happened, it’s still my fault because I have more employees now and I don’t have that problem anymore.

As that was happening internally, externally my customer base was falling apart. I got very involved in the plus-size market with the mission of being size-inclusive, but my business was never meant to be based on bodies. I had to realize that making a size 4 pattern is different from a size 12 pattern and I failed; I didn’t do it well. I thought I could make the pattern bigger versus shaping to the bodies. So of course we had a lot of complaints, a lot of returns, a lot of fit issues and I was slowly losing a lot of customers — both plus size and straight size customers.

Wow. That’s a lot to go through at once as a business owner. How did you come out of the hole? How did you make it to seven-figure sales?

Marie: Honestly, I went back to the basics for everything including re-learning pattern making and building a pattern making team. I also did a lot of self-development work. I’m always reading books on self-development. I focused on finding my place spiritually;  those are basic things. I made it a priority to eat healthier.  I learned to take care of myself, my people, my business and my customers while keeping enough boundaries for my own self-reflection. A lot of times we get so busy we don’t do those things. I don’t think anything can get done if we as people are not together.

So you never thought about shutting down your site and saying – Hey! I’m taking a break?

Marie: Oh no, I never stopped. You should never stop, even if you have to move at the pace of a snail. I  never took the site down, even when things were falling apart. In retrospect, maybe it wouldn’t have hurt to take some time off, but when your business is running on social media — it’s like, well you know what happens when you leave — the people leave with you! [Laughs] I just couldn’t afford that. I just kept going, kept posting, each release I kept tweaking. I’d get better models, better shipping, better designs until we got the collections just right again.

Marie, your story is definitely one to remember. What would be the one thing you’d tell an aspiring BAUCE woman NOT to do if she wants to follow in your footsteps?

Marie: I’d tell her not to spend any time or more than $1000 until they have proven they have a market. You need customers. It doesn’t matter how many followers you have. You need paying customers that are buying your product because you will go down faster than you think. People have to buy and if you can hang in long enough to get a second repeat customer and to get some feedback then that will help. There are so many designers that get so much press and they can’t even pay their bills. You don’t want to be at every party but not have enough money to get a cab home. You have to have parameter and track your progress.  If you spend a year on a product that only 10 people bought, then it’s a hobby. It’s not a business.