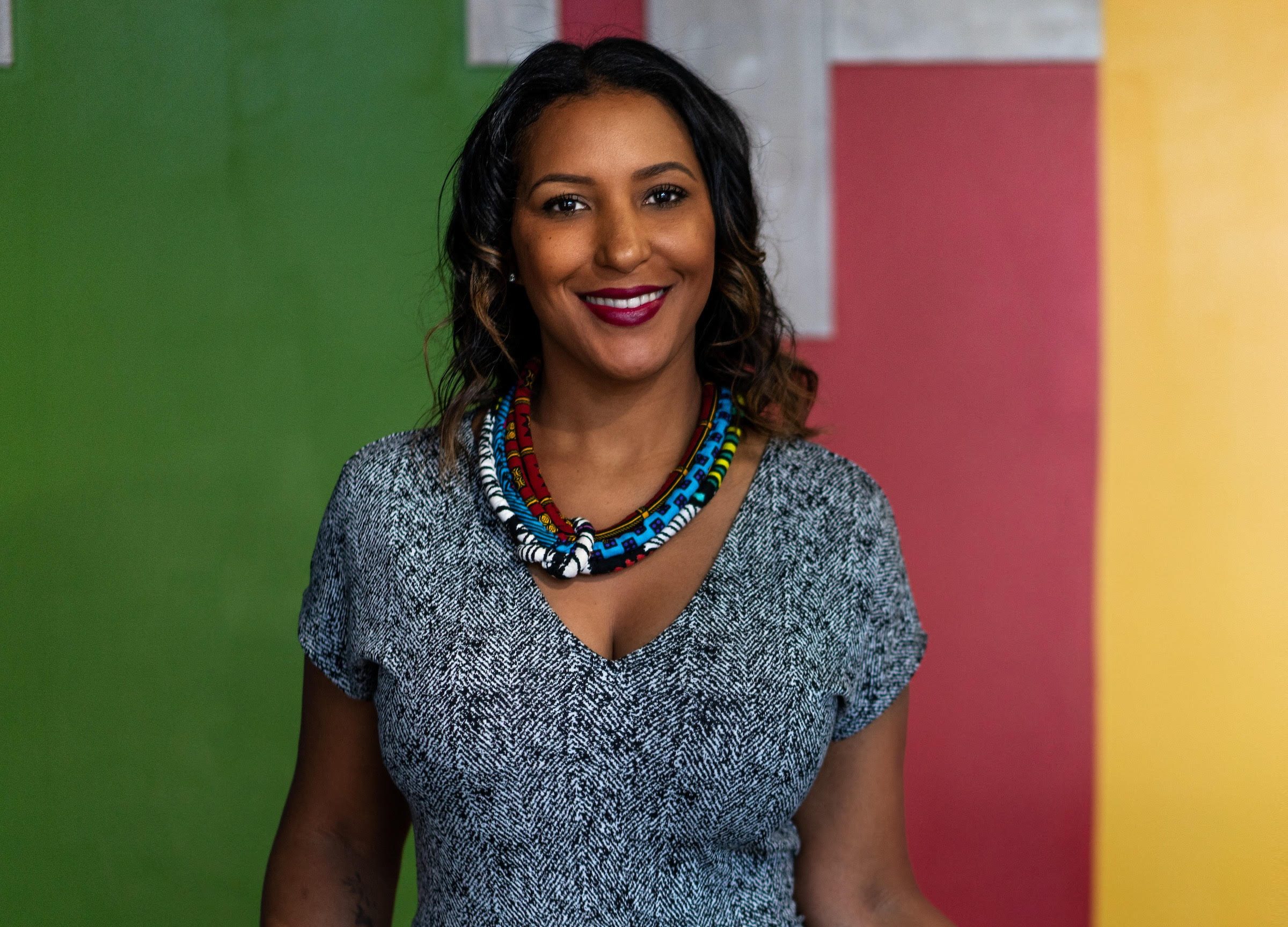 Over the last few years, crowdfunding has proven itself to be one of the most popular routes to take when it comes to starting a business. Friends, family, investors and those alike can support your entrepreneurial dreams with just the click of a button. Today, $34 billion has been raised globally through crowdfunding. According to Startups, the average successful crowdfunding campaign is around $7,000. However, Dawn Dickson has raised a much more substantial amount of money and has shown us what it truly means to be a BAUCE in the world of crowdfunding.

Dawn is the founder of Flat Out of Heels, comfortable and rollable flats small enough to fit in your new Telfar, and the CEO of her software company, PopCom. She has done the work to place herself in a position to pull others up as she sails to the top. In 2019, Dawn became the first black woman founder to raise over $2 million via crowdfunding. Her go-getter spirit, love for business, and desire to create generational wealth amongst the black community has driven her to make history.

What made you decide to take the crowdfunding route?

Dawn: I learned about the JOBS Act in 2013, which allowed people to raise money from the public. After we raised our first round, we raised $1 million dollars from venture capitalists and angel investors, but I wasn’t a fan of the process. I wanted to be able to give my friends, family, and people close to me an opportunity to invest in my company. Many of them were not accredited investors but in order to invest in the company, you have to be accredited but under crowdfunding, you can raise money from anyone. I am really passionate about building and helping to create generational wealth. I feel like this was a great opportunity to do that.”

How long did it take you to raise enough money to get your businesses started?

Building and maintaining strong relationships within your network is one of the most important things to keep in mind when entering the business world. For those who may just be starting out and don’t necessarily have a network of others to turn to, what would you suggest they do?

Dawn: I wasn’t born with a network, it wasn’t inherited by a family member or anything. I had to go out and build it and I did that mainly by attending conferences and events, really networking online, doing everything possible to put myself in rooms. I was very, very, very active, going to every tech conference I could find!

COVID-19 has put a pause on large gatherings, so networking events are on hold until further notice. What tips do you have when it comes to networking virtually?

Dawn: Well, the great thing about the pivot from COVID is that all the conferences are virtual. Now is the best time. Previously, people weren’t open to networking over the computer as much, they wanted to meet in person – that’s the culture. Everything is virtual, I’ve spoken at six conferences over the past two months. I thought my speaking career was going to be put on hold, but I’ve been getting booked constantly for virtual conferences. I’m really grateful because this has been one of the best times for me financially. I’ve started to make more time for other things and started to do more coaching with founders. There’s been a lot of new income streams happening during this time!”

A famous lyricist by the name of Two Chainz once said, “they ask me what I do and who I do it for?” Tell us more about your ‘why’.

Dawn: I love solving problems, building businesses, working with teams, being innovative. I’m definitely driven by creating generational wealth and changing the trajectory of my family. I have a daughter, I have nephews. Creating wealth for them, making sure that they have something, and I have something to pass down…it continues from here. Historically, we weren’t even allowed legally to own property, make investments, and have wealth. It’s so important to start to shift that pattern.

Within the next 10 years, Dawn plans to sell her companies and move to Nigeria, where her husband is from. She would also like to start working with startups around the world and create a global network. As far as her bucket list goes, “I travel a lot but, that was put on hold because of COVID, but I definitely want to go to Machu Picchu, and then I want to go to South Africa. I’ve been a lot of places but I just want to continue to travel the world. I would love to visit as many countries as possible, I was trying to visit one every other month but things got halted!” Real BAUCE goals!