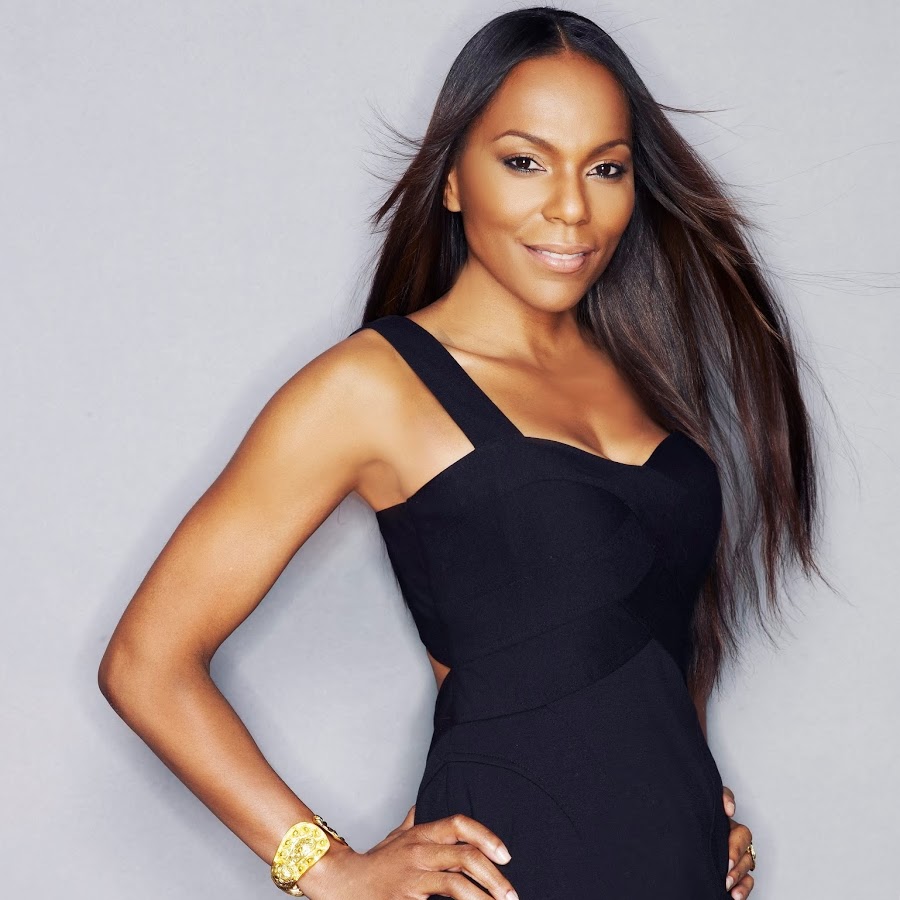 Jasmine Sanders has been sharing her vivacious personality, entertaining commentary and opinions as a co-host on The D.L. Hughley Show since 2013.  As Jasmine’s career flourishes, one thing she is still hoping to find is L-O-V-E.  The four letter word has not been an easy feat for this radio personality as she dealt with the wounds of her past in order to open herself up to the right type of love that she deserves. She dealt with the rejection she felt from foster families, her former abusive boyfriend, and her son’s father all shaped how she grew into womanhood and how she approaches love today.  She opens up about her transition from teen to a woman and what she understood love to be in those tumultuous times in her journey. In this interview with BAUCE, Jasmine Sanders discusses her growing pains with love and how she overcame them to be willing and ready to love again.

You didn’t have a normal childhood and those early years can impact the relationships you set out to build with others. What parts of your past have impacted your love life?

Jasmine: I was in the foster care system until I was maybe four, but I went through maybe about four foster families. That had a powerful impact on me as a woman, because I’ve never been married. I work on it every day and I seem to be thriving. The most important thing is that I’m happy, so everything else to me is like it doesn’t even matter.  Where I had come from, never really being attached to anything, and never really feeling loved because people kept moving me from one home to another. Then I was fortunate enough to be adopted, but even [in] that I felt like there was still the remnants of knowing that my mother gave me away, so I never felt good about it. It took me years to understand what my value was so that I wouldn’t blow in the wind to anything that came my way because of my fear of rejection or fear of someone sending me back, or most of all, fear of not being valuable enough to keep. It was a long, hard lesson.

You became a teen mother. How did the relationship with your son’s father impact your love life?

Jasmine: I started a relationship with this guy. He was talking good things and saying all the things that he knew I needed to hear, but I didn’t know that. That’s why I think he used me, but he didn’t abuse me. I definitely think he used me. He used me for my youth, he used me for my innocence, and he took all of that from me and left me pregnant at 16. He ended up marrying another girl that he was seeing at the same time that he was seeing me, because she was pregnant, too. Here I am with a baby and I had all of these dreams and aspirations of being successful. I thought, “My life is over, it will never be the same,” and he took it from me. Going to college, I had a terrible distrust of men and relationships. I thought all they want to do is take from you and never give.

When did you know that your past was making you vulnerable to being mistreated in your relationships?

Jasmine: I ended up in a situation with a guy who beat me. I thought, “Well, he’s saying that he loves me and he’s doing this because he’s angry and he’s trying to protect me. I messed up. I’m wrong.” In my mind, the laying of hands on me equaled he loves me because he’s trying to protect me from something that I did wrong, which is really just an extension of how I felt about myself growing up anyway. I was a freshman in college, and I’d already come through a horrific experience with the guy who was my son’s father and I was depleted. I was empty and I did not have an adult “sister girl”. I didn’t have that relationship with my mother and I didn’t have anybody to talk to set me straight and say, “Hey, this guy ain’t no good.”

What steps did you take to walk away from that abusive college relationship?

Jasmine: I didn’t walk away because in my mind he was saying, “Don’t say anything because I’ll hurt you more.” I really thought I didn’t want to lose what I had. I didn’t want him to stop loving me. I was putting more value in him than I was in me because, in my mind, no one had poured value into me, they had only taken. I was already empty, so anything that he was saying to me, I believed. Then, of course, that ended because he saw me talking to this guy who really was just a friend. He thought it was something more. He ended up shooting at the guy, trying to kill him. He gets arrested and goes away to jail. That’s how we ended up breaking up because I couldn’t see him while he was in jail. It ended up being the biggest blessing for me…the biggest blessing for me. I really look back on what I had been through and I grieved. I really grieved, literally, the way you would grieve when you lose a loved one. I feel like I even let myself down. I allowed myself to be in situations where I should have been my number one protector and I wasn’t.

Relationships are different when you transition from teen to adult. How did you change the way you built relationships moving forward?

Jasmine: I’m not gonna say that I made great decisions after that because I still made jacked up decisions after that. However, pebble by pebble, stone by stone, rock by rock, I built my own mountain and that’s who I am now. It wasn’t easy, like anything, it takes years before a mountain is built. There’s gotta be a seismic shift, there’s a lot of things that gotta move, a lot of things that have to die in order for that mountain to rise and that’s what I did.

How did you allow yourself to trust another man after your college relationship? Did you have other relationships after that that took some time until you were able to say, “You know what? I’ve gotta do better with my relationships.”

Jasmine: I’ve had some frogs to go through. I think that’s normal and I just stopped beating myself up about it. Every relationship after that, I learned a little more. I learned to be a little more vocal. It didn’t happen overnight for me. It took a little time for me, but then, finally, I said, “You know what? I choose me over everybody. I choose me. I choose everything that I want out of life. I’ve decided that no longer do I want to cry for a man who has long left me. I’m done with that. The only thing I got out of that was tears and messed up sheets.”

[Tweet “”I believe in the power of words.” @jasminesanders”]

Then once I decided to focus on me and I felt strong, then I said, “You know what? I don’t want to walk this earth and say, “I’ve never truly been loved.'” I know that love is a two-way street.  I knew I had to be open. It took me some time, but I finally said, “I’ll do it.” I got hurt. What that hurt did for me, it made me realize, “Okay, now what’s the worst that can happen after this?” Nothing. I can’t be hurt. My whole life has been full of pain. There’s been laughter and joy along the way, but it’s been a lot of pain. No one’s hurt me worse than I’ve already been hurt. What do I have to lose? I am now strong enough to control what happens to me, what I allow to happen to me, what I like, what I don’t like. I’m stronger now.

Why is it important for women to share their stories of heartbreak? When did you decide to acknowledge what happened to you in your past and speak up?

Jasmine: There are a lot of times that I have to say, “My story is worth repeating.” For years I would say, “Eh, this happens to everybody. This is nothing new, why should I speak up?” Then I realized that I have the platform, and I realized there are a lot of voiceless people out there and I was one of them. To stay quiet not only does me a tremendous disservice to the people around me but more than anything, it makes everything that I went through null and void. It took me a long time to gain the courage, but I just said, “I can’t be quiet about it, otherwise everything that I went through, all the tears that I shed, all of the pain and everything that I went through would literally be for nothing. I don’t want to bear those scars for the rest of my life and not have a story behind them.”

Now it’s 2017, you’ve done so much with your career, you’re so much further along than where you started. What are your hopes in terms of love this year? How has dating been for you?

I realize that I’ve been blessed so much. To ask for more would be greedy. I don’t ask for more, I’m open to more and I’m hoping that it comes my way. I’m not gonna lie, full disclosure, I’m a little giddy about it. Like a schoolgirl. What that tells me too is that I’m not hard. That I haven’t lost my softness because of everything that’s happened to me, I’m still giddy about it. That’s a good sign, that’s a good thing.