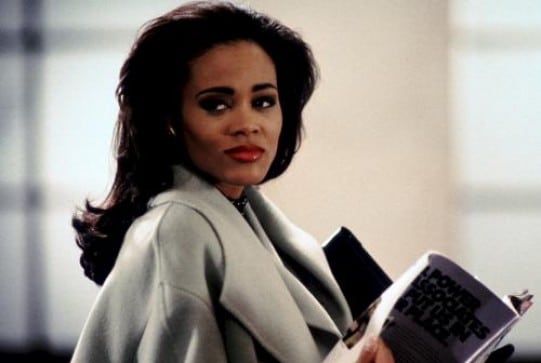 She’s got the Rolly on her wrist and she’s rocking Sean John. Red-bottom heels and hairs always done. Flexin’ like she’s sexin, like she’s got it going on.

The chick stays stuntin’, but she ain’t really nothin’.

Have you ever found yourself ogling other people’s Instagram profiles, wonder ing why it doesn’t seem like you have a fashion photographer snapping pics of you every second? Social media tends to keep us on a self-tripping spree, urging us to constantly compare our lives to the  updates of  fame whores that roll through our personal news feeds. We get caught up in the “seemingly” glam life of other women and allow these images to lower our self-confidence.

Why am I not modeling on the cover of Vogue?

Why haven’t I met a beautiful man yet?

How come she’s traveling all over the world?

Well, there’s an old adage that says you can’t judge a book by its cover. What may seem  fabulous on the outside may not be so great on the flipside.

There was a woman that I had been yearning to meet for years. She seemed as if she had it all — beauty, the latest fashion, and a “fantastic” job. Or at least that’s what her constant updates on Twitter and Instagram presented.  But trying to cram myself into her “busy” schedule wasn’t truly a priority for her. When we finally met I realized she was a complete opposite of the person she represented in her social spaces online. Nearing thirties, she was no where near the classy professional she made herself out to be. She vaguely talked about un-stringed creative projects (a sign that she was still scrapping pennies together to make her flamboyant lifestyle work) and attempted to offer her two-cents on a degree that she had yet to acquire herself.  Her attitude was rough, her persona beyond bougie, and her advice as flat as a tire punctured by nails. Chasing her down had been a waste of my time, as she offered very little value to my life and spent a majority of our meeting stabbing me with her holier-than-thou-attitude.

It’s true. The devil wears Prada. And all that glitters is not gold.

What I’ve found is the most successful people, the most humane are not wrapped up by what people think of them. They don’t have time to stunt online or present false images of themselves because they are to focused on their futures and the impact they want to have on the world.

And you should be too.

Don’t be tempted to compare yourself to the gazillion of clowns with Chanel bags dancing around you. They may be emotionally suffering (and struggling) more than you think. Nasty attitudes (often emitted by bougie women) are usually a reflection of an internal lack of confidence. No amount of Fendi bags or Hermes belts can mask the ugliness of a person who has yet to begin finding direction in their own life. Don’t be fooled by the rocks that she’s got. She’s probably still trickin’ on the block.

And if you find yourself falling into the warphole of “flexation”, then do some social cleansing and simply remove or block those “look-at-mes!”  from your social networks and your life.

Often certain people are revealed to us so we know who and what to steer away from on our path towards success. Learn to decipher between who’s real and who’s fake. Learn to let bullshit advice flow right through one ear and out the other. Don’t waste time chasing folks who don’t matter. Focus on you and pursue your own destiny.