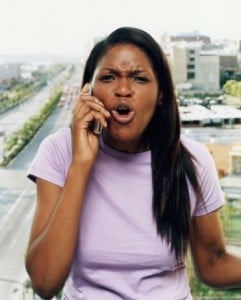 Dear My Friend Who Is Always Pissed About Something,

I think you have a problem.

No seriously. I do. It seems that you are hell-bent in driving a wedge between our friendships because you need power and control. And I’m telling you now, that enough is enough.

Two years ago, I didn’t even know you were. And because of some fateful connection, we became friends for a good period in time. But then when your friendships with old people who I was friends with began to sour, you came after me.

You have nothing to say to me. At least that’s what you told me this time when the ish blew up. You said there were boundaries, lines that can’t be crossed. And because I picked the truth I was no longer your friend? I had an alliance to the other and not you.

It’s strange to see people’s true colors. Getting in a hissy fit over nothing. Over the pettiest things.

But you starve for attention. Like the club dancer under the disco’s light you want to be all up in the middle of everything.

And why are you constantly talking about people? Over analyzing what she got in, who she with, where she going. I’ve honestly wanted to tell you all this time—that it’s none of your damn business. Stop being all up on her bumper, all up in her like a mosquito and live your own life.

You know they say that people who bad mouth other people are the most insecure? There’s a difference between making an observation, making a funny joke to past the time, and just being plain out mean and rude. You’re truly insecure on the inside and need validation from the number of friends on Facebook, the digits in your phone, the daily texts to prove to yourself that your worth it.

I hope you come to realize that friendship is not measured by having your back when your right and wrong. It’s shown by knowing when to tell you the truth. Knowing when to let you know that your behavior is spiraling out of control.

Hold a grudge all you want. Talk about her behind her back.

But at the end of the day you’re just like a measly high school girl who can’t face the music when it gets played right her face. Yet you say you all grown now.

You think your silence is mature. But its cowardice. Take ownership.

And get it together boo.