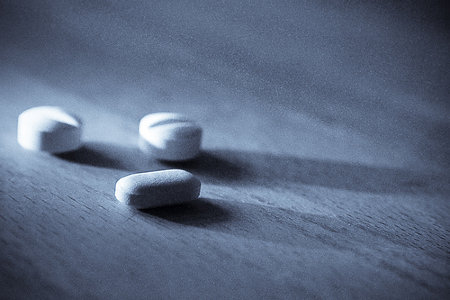 One of the main medicines used to treat addiction via MAT( medication-assisted therapy) for opiate addiction is Suboxone. It is a combination of buprenorphine and naloxone. Most doctors prefer this medicine for it not only satisfies the addiction part of the brain but also prevents craving, making the transition from the addicted brain to the normal brain smoother.

But it does have its risks. Excess of anything is dangerous and Suboxone is no different. But people abuse suboxone too. This gave rise to abuse of suboxone but also a variety of myths.

Unfortunately the persistence of these myths create a further barrier between people who need treatment, public awareness and recovering community. We have addressed some of them below:

1. Using Suboxone Is Not “Real” Recovery

The addiction recovery process has been dominated by abstinence based recovery since the past century. The perception that only abstinence is real recovery leads to stigma against Medication assisted therapy (MAT). Suboxone being one of them, is viewed as a medication used in chronic cases of addiction recovery just like a person taking insulin for diabetes.

While the use of anything unregulated and in excess can create an addiction be it paracetamol or Suboxone, there are treatment for suboxone addiction and paracetamol addiction as well

2. It’s Easy To Overdose As Other Substances

According to the common myth it’s easy to overdose on Suboxone.

It’s true that it’s made up of the same structure as Heroin but only partially. It only contains half the heroin compound that goes into your system and activates the receptor, resulting in a half euphoria state.

In this case it’s extremely difficult to overdose on suboxone alone. It has a built in ceiling effect which means that there is a limit to how much the opiate receptors can be activated by Suboxone. No risk of slow breathing is involved such as in morphine or oxycodone. Even if people overdose on suboxone it’s almost always because it was mixed with another sedative like benzodiazepines.

3. Suboxone Can Be Abused As Well

There is no doubt that suboxone like opiates can also be abused. Although due to its mu receptor it causes less euphoria than other opiates like oxycodone and heroin. A reported number of cases of people having walked into emergency rooms posing as recovering addicts were brought to light after the introduction of suboxone. The addicts either bets on suboxone as it is less harmful than heroin or accidentally falls victim due to wrong dosage. We recommend taking a family member in confidence and talking to an emergency room physician before starting suboxone.

4. Without Therapy Suboxone Is Of No Use

In a euphoria the perfect treatment would comprise MAT, therapy, support groups, employment opportunities and what not. The absence of the rest doesn’t not discredit the use of any of the treatments alone. According to NYtimes report of the surgeon general only 10% of people are getting treated, while combination treatment is ideally the goal it’s unrealistic in a society where people are barely able to afford or have awareness for one. Especially where people don’t have access to regular healthcare or insurance or sometimes both.

5. Suboxone Is Trading One Addiction For Another

Many people believe that taking suboxone is like replacing heroin or morphine with a less addictive drug. The root cause could be that most people use the terms dependence and addiction on drugs interchangeably. You could be dependent on multiple drugs like anti-depressants to blood pressure meds or epilepsy medicines etc. You will face some withdrawal symptoms if you stop using these drugs. Similar to suboxone whereas addiction changes brain chemistry and also causes compulsive behaviour and cravings

6. Suboxone Can Be Taken Only For Short Periods Of Time

Although experts have different opinions on how long suboxone should be taken for but there is no conclusive or even highly favorable evidence to support the claim. So far the consensus is that suboxone can be taken for longer periods of time with maintained doses just like a person would take insulin to manage diabetes.

One of the greatest barriers to treatment is the stigma attached to not only the life-saving drugs but also the shuness people face. Fortunately very slowly but the perceptions are changing from a moral failure label to a more humanistic and realistic view. People are understanding that it needs compassion like other physical diseases. Eliminating misinformation and myths about addiction and supplying up to date evidence-based treatment is the crucial step to the advancement of addiction treatments