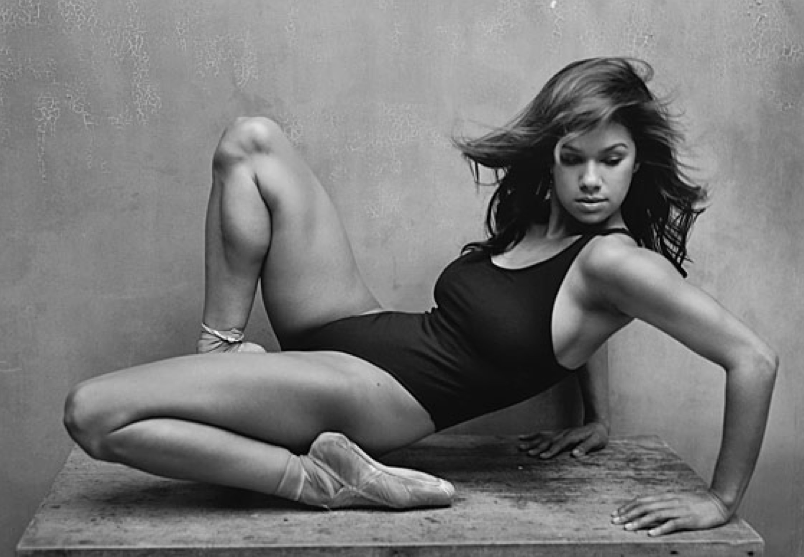 For the past three years at the start of black history month TheGrio.com has produced an annual a list of 100 outstanding African-Americans currently making history. Among the achieved African-Americans I always focus my attention on the black women making strides in their respective fields. This year proved to be possibly the best thus far with women being featured dominantly throughout multiple categories. They all embodied the qualities of a Liberette. With so many amazing feats I couldn’t feature all of these women so I chose to highlight 6. Below check out the list of 6 African-American Women in their 20’s who made The Grio top 100 and give us even more reason to celebrate black history month.

This ballerina has one of the most inspiring stories. Hailing from California Misty Copeland didn’t start ballet until she started attending a local boys and Girls Club at age 13. Almost 15 years later Copeland was appointed as a soloist at the renowned American Ballet Theatre. She is the first African-American do so in two decades and only the 3rd since the theatre opened.

Aside from her accomplishments on the stage Misty is giving back in the community and building her brand. She’s currently involved with Beverly Bonds Black Girls Rock! Non-profit organization and will be inducted into the Boys and Girls Club hall of Fame in the spring.

In addition, the soloist recently revealed to the Huffington Post that after noting the differences between her body and the majority of ballet dancers she is working on a dance wear clothing line geared toward cury and plus-size women.

This outstanding dancer has so many accolades that its virtually impossible to mention them all. For a full list of productions she’s starred in, publications she’s featured in, and her biography checkout www.mistycopeland.com

In 2005 Lyons was the first African-American woman in professional stock racing. Now 29 stock racing has been apart of her life from an early age when her father introduced her to the sport. The two shared a love for racing and he shared everything he knew about cars and drag racing with Lyons. The California native is only one of a few black women in street racing. In 2006 she built a 1,100 horsepower engine which broke records at the time. Lyons has managed to create a full time career out of all things car related.

Aside from breaking barriers in racing Nicole is an award winning Engine builder, and even competed on the SPEED channels reality show “Car Warriors” in 2011. She has a lucrative career heading Cole Muscle Cars, an engine building and muscle restoration company. In her free time she enjoys poetry and is even a published poet. Lyons plans to compete in 36 races this year in three different leagues.

She went from a Fashionista to Business owner all by the age of 25. Jessica Moore who was previously an assistant at Lucky Magazine took $500 dollars, partnered with a Wall Street Computer programmer (her boyfriend), and countless hours of hard work turned her weekend hobby into a lucrative career. This fresh face is the creator of the iPhone app Stylebook.

Stylebook is a closet management app that allows you to photograph items in your wardrobe and try new outfit combinations by dragging and moving different items together. The app also provides a calendar for you to keep track of what you’ve previously worn and to plan outfits for specific dates. Stylebook has been acknowledged on an international level by everyone from The New York Times to Vogue Australia. Moore co-owns the App under the company she started Left Brain/Right Brain LLC.

Jessica notes her mother as being one of her strongest influences and gives her the credit for the art aesthetic she’s developed and incorporated into her business. Moore and Atkins plan to continue expanding features on the Stylebook Application and hope to move it to other devices such as the iPad.

In 2009 sorority line sisters Toni Carey and Ashley Hicks launched blackgirlsrun.com A website providing information, tips, and research for runners of all ages. The launch of the site was prompted by Hicks’ and Carey’s efforts to get in shape and encourage women in the African-American community to do so as well. The camaraderie birthed by BGR has allowed for the popularity of it to span over 70 cities of participating Black Girls Run! groups.

According to The Grio the two have big plans in store. The collective hopes to make the Black Girls Run! movement a full-time job. They are currently touring the country speaking and running with the various BGR groups and have even launched a line of BGR athletic gear. The site will be remodeled in the coming months.

You don’t often see many African-Americans on the front lines of water and ocean preservation but Daniell Washington is changing all that. Since 2008 when she won $10,000 by entering and winning clothing brand Roxy’s “Follow Your Heart” contest. The marine biologist and University of Miami graduate has gone on to start the Big Blue & You foundation with her mother.

The foundations focuses on teaching youth the importance of preserving the water eco-system and the ocean.   Through educational activities Washington strives to teach high school students that they are connected to and affect the environment. She is currently working toward getting the One Water Workshop to partner with Miami World Cinema Center a non-profit film studio so that students can make public service announcements about water conservation and to learn more about production.

In the future Daniell would like to host an adventure television show about the ocean on a national network. “I want to play a role in exposing the wonders of the sea to millions of families in a fun and exciting way while inspiring them to do their part in protecting our blue planet.”

To find out more about her foundation visit www.thebigblueandyou.com

These are just a few of the many amazing women and African-American’s making a difference in the world and creating their own history. For more amazing stories View The Grio 100 Here What amazing women have you heard about lately? Sound off in the comment section below.