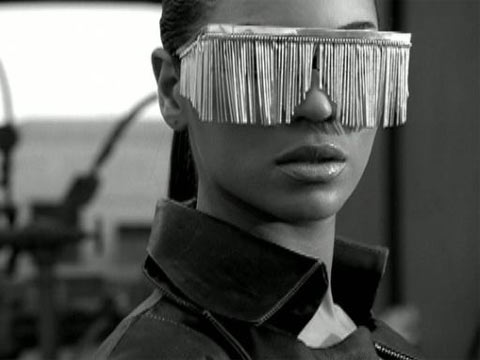 We love to knock the dudes in the Timberland boots and white tees but there’s one thing that the hip-hop game possesses that has a lot of average folk beat: the willpower to never give up. Otherwise known as the “hustla’s mentality”, the concept of turning your shit into sugar – or making the best out of what you have – is one that can equate to how girls’ get the corner office. Catching a case, being poor, selling drugs equate to everyday pitfalls of working for an evil boss, getting fired, or feeling like you’ve lost it all. But what most hustlers don’t do is give up. They stick hard to the fight, even when they’ve been knocked down, slandered, and played like a fool. They know how to get back up, get out there, and get going.  For a source of inspiration, we’ve collected five samples from song lyrics to keep you motivated. Let’s face it, who would Jay-Z be if he had quit grindin’ and never made his first hit? Or if Oprah had taken that news director’s advice and quit working in television? Hustle hard, ladies. Through the ups and the downs.

“We used to fuss when the landlord dissed us

No heat, wonder why Christmas missed us

Birthdays was the worst days

Now we sip champagne when we thirst-ay

Uh, damn right I like the life I live

‘Cause I went from negative to positive.”

The quintessential lines for everyone who makes it out of the rough parts of town: Never forget where you come from – even when you make it — because humility is a virtue. A hustler’s mentality stays with you forever and keeps you performing at your top performance.

“I don’t know how to sleep, I gotta eat, stay on my toes

Gotta a lot of beef, so logically, I pray on my fours

Hustling’s still inside of me, and as far as progress

You’d be hard-pressed, to find another rapper hot as me.”

The king of quotables, Jay-Z brings his listeners hard-pressed but important messages in many of his rhymes. If you’re willing to work harder than the next man, you’ll succeed at anything. Watch your back because backstabbers abound. Don’t listen to haters – because you’ll never win if you do.

“Now these p*ssy niqqas putting money on my head

Go on and get your refund motherfudger, I ain’t dead

I’m in the diamond in the dirt, that ain’t been found

I’m the underground king and I ain’t been crowned

When I rhyme, something special happen every time

I’m the greatest, something like Ali in his prime.”

50 Cent is the ultimate master of turning negatives into positives. His fearless grit shows his determination from day one. Believe that you can be number one, even when you’re at the bottom of the totem pole and you’ll go far. Period.

“Never mind my imperfection this is fact, remember that

No mistakes too great to recover and bounce back

And when they push you down, you got to get back up

And when they push you down, you got to get back up

Brush the dirt off your jersey then go for the cup

Or the trophy or the ring, champion no matter what.”

Everyone is human. You’re going to make mistakes in life – big and small, public and private. God often gives us setbacks to set us up for something greater. Don’t be afraid to fail – the most successful people make it because they know how to learn lessons from their past and master their failures. If you fall down, dust your self off, wipe away the tears, get back on your feet and play hard until you win.