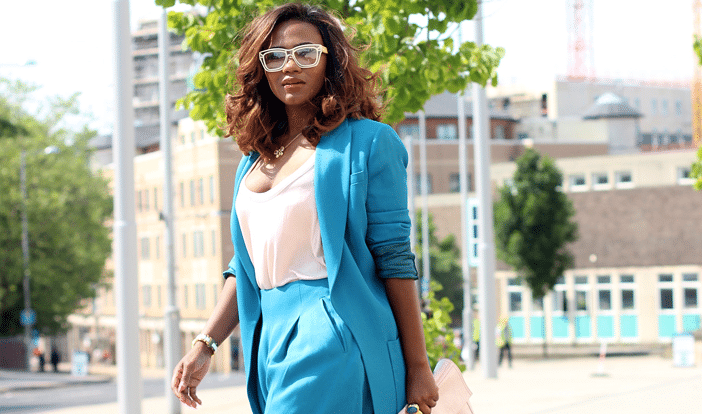 Even BAUCE’s have setbacks, but it’s about how they overcome those setbacks that make them qualified to call themselves a BAUCE. It’s easy to give up on yourself when the going gets tough, but that’s where the grind comes in. Don’t nothin’ come easy. When you truly want something, all the blood, sweat and tears in the world couldn’t stop you from obtaining it.

There are so many things you can learn through failure. Some of the most influential people have fallen short of success. As a #selfmade woman, it is important to know just why your trials and tribulations should not be taken in vein. Your struggles are the driving force to your success. Don’t let a minor set-back hold you back from your full potential.

First off, changing the way we think about failure is the first stepping stone. Who ever said that failing was the equivalent to losing? It’s not! Failing arguably sets the foundation for what every great leader stands on. Think about it this way… the more you fail, the more opportunities and chances you have to get up, dust your shoulders off and try again.

Now, I am not saying go out tomorrow and intentionally fail at everything you do (school, work, staying on your diet, etc.). That is not the goal here. Instead, I’m saying to embrace your failures and accept them with every fiber in your being. Learn, analyze and look at what you perceive to be your failures from different points of views. Instead of writing off your failures as a loss, take note of them! Knowing and understanding your failures will make your next chance to succeed higher than your last.

You shall fail again…

The dry, and oh’ so very played out phrase, ‘if at first you don’t succeed, try, try again’ can surely be applied here. You may not make it the first go round, but I can guarantee you there is no limit on the amount of chances you will have if you don’t give up. Don’t be afraid of failure, embrace it. Take it from a BAUCE like Oprah. When she was fired from her job as a co-anchor on Baltimore’s WJZ-TV after seven and a half months, she never let that stop her. Instead, she agreed to take a lesser paying position doing ‘morning cut-ins’, as she called them, because she knew there would be more chances for her to be great. Now, Oprah can buy 1,000 WJZ-TV stations if she wanted.

What doesn’t kill you will only make you stronger…

Once you have felt that first feeling of rejection, marinate in it. Is it a feeling you want to become accustomed to? I’m sure it isn’t. Let the uncomfortable feeling of failure be the reason you don’t want to fail again, but know it’s not the end of the world if you do.

Scandal star Kerry Washington was re-casted from not one but two pilots that eventually went on to become  series. Casting directors felt that Kerry did not fit the ‘hood’ or ‘urban’ stereotype. Now, she graces our screens weekly as the ambitious and quick-witted Olivia Pope. Tell me that’s not a BAUCE?

I say all of this to say, we all may fall short sometimes, but it’s about how we bounce back from those shortcomings. Don’t let your ‘failures’ get the best of you. Instead, learn from them. I promise, if you don’t give up and always put your best foot forward, you’ll be on the road to success in no time!