Justin Simien and Lena Waithe are among the many brainchildren for Dear White People, an indie film that received rave reviews after the release of its trailer this past summer. The two share why such a satirical film is important for modern society and Lena Waithe, founder of HillmanGrad Productions, opens up about the challenges of screenwriting.

Where did the idea for “Dear White People” come from?

SIMIEN: Dear White People began as a series of anecdotal scenes culled from my years at a mostly white Private university in Orange. With the so-called Birther Movement, incidences of Black-face parties popping up on college campuses, and my continued experience of being the only Black person in the room professionally led me to make the film a more satirical bit of social commentary.

How have you and Lena contributed to this project individually?

WAITHE: For the most part I back his play and support him when we’re sitting in front of studio executives. Justin is the writer/director/producer and I am one of the four producers. As a creative producer it’s really my job to give Justin my thoughts on changes he makes to the script, read every rewrite, and give him my feedback.

Do you feel that “Dear White People” is important today, especially in a time where there are questions over whether or not America is a post-racialist society?

WAITHE: Living in a post-racial society would be awesome, but unfortunately we don’t live in one. Not yet anyway. I think Dear White People is necessary for starving film goers that want something with a little more substance and a lot more wit. It’s also the kind of film that asks questions, provokes, and gets the conversation started – which is what good movies are supposed to do. 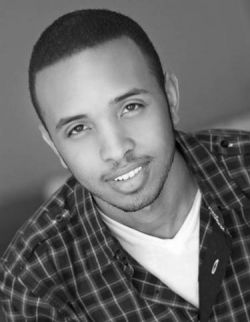 SIMIEN:  I think America is slowly but surely waking up from the dream that we are post-racial and there appears to be an appetite in the culture to not only discuss issues of race but also laugh about it. It’s clear from the response of the trailer that audiences are not only starved for a film to deal with this issue in this way, but for stories from unique voices in general.

What are some of the racial or social issues that “Dear White People” will highlight? Are there topics that you chose not to cover or wanted to stay away from because of its sensitivity?

SIMIEN: The film is about the conflict between who we are and who the world thinks we are. The trouble with identifying solely with being Black is that everyone has a different idea about what that means including other Black people. As opposed to just running down a checklist of all the issues facing Black people today, I tried to just tell authentic and genuine stories about four kids with different backgrounds who hopefully have experiences audiences can relate too.

How long has it taken or will it take to complete this project? When can we expect to see the completed piece?

WAITHE: Well, Justin’s been working on the script and project for seven years. He’s a true writer that takes his time and cherishes the craft. It’s something neither one of us takes lightly. We hope you’ll see the completed film soon. But things are going well. So stay tuned.

Are there any up and coming actors or actresses to note in this indie film?

WAITHE: The casting process will be very interesting. Our goal is to shine a light on the untapped talent Hollywood has to offer. The worst thing about most “black” films is that they keep recycling the same faces. We’d love for this movie to be like BOYZ IN THE HOOD and SCHOOL DAZE, where the cast, at the time, were no names trying to make it, and then later become Oscar winners.

Lena, why did you start HillmanGrad Productions? What has been some of your biggest challenges as a screenwriter? 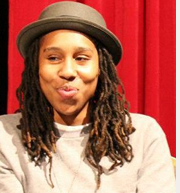 WAITHE: HillmanGrad Productions was started because I wanted to take things back to the way they used to be. Back to the “Cosby Show” and “A Different World” era, where our entertainment had story and substance. I’ve done a couple short films under that banner, it’s my twitter handle, the name of my tumblr, and I have a HillmanGrad Facebook page. It’s more of a motto.

We all graduated from Hillman College, and it’s our job to make our alma mater proud. And the toughest thing for me as a screenwriter is honing the craft. It’s an art form. A lot of people do it, but there’s only a handful of folks that do it well. I’d like to be known as one of the few people that excels at it. So I take my time, I outline stories to death, I do table reads, I workshop scripts, I get tons of feedback from my circle, and I rewrite, rewrite, and then I rewrite some more. And Justin’s the same way. A good script is a vetted script, and that’s the toughest part of screenwriting for me. Getting it right.

Keep up with the progress of this film at http://dear-white-people.tumblr.com/.