During a recent visit to Universal Studios Hollywood, I stood in line while a family behind me struggled with boundaries and personal space. They constantly kept stepping on the back of my shoes and elbowing me. I tried to take it all in stride. It was crowded and we were all there to have a good time. However, after the second time they bumped into my brother, he addressed the family, specifically the father. The conversation got noticeably louder, my brother clearly getting angrier as I tried to push him and my nephew forward. The wife of the family behind us kept apologizing and pulling her husband back. As they argued all I could think was, “my brother is Black and can’t afford to be angry in America when wronged because he could die.”

Where did that thought come from? Why did the situation with my brother, who had a legit reason to be annoyed and tried to civilly address the matter with the head of the family, translate to “Angry Black men in America die”? I say angry, but even assertive or aggressive. My brother asserted himself and grew angry when he wasn’t being heard by the rude man behind us. 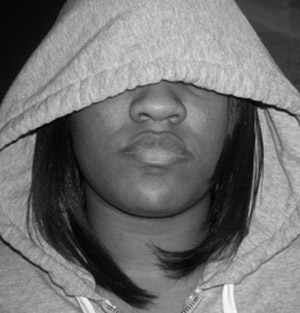 The thought stemmed from the recent outcome of the Trayvon Martin trial and the idea that there are people in America who think we live in a “post-racial” world.  It came from the truth that boys and men of color are at a disadvantage in this country. I believe we do them a disservice if we don’t talk honestly with them about reality and prepare them to deal with it.

As the aunt of two brown nephews, sister of three brown brothers, daughter of one brown father, granddaughter of one brown grandfather, and currently the crush of a very handsome brown man, the conversation about being brown in America is not one I can shy away from, nor is it one I like. It’s just necessary. People of color, especially Blacks are still not fully respected and  their lives are not valued. How else do you pass laws that basically say if you perceive a person as threatening you can pursue and kill them, especially if your threat radar goes off because they have a skin color that you are not used to seeing in your neighborhood?

As Black women, we bear the burden of loving our boys and men enough to be honest with them. But more importantly we must stand with them. The odds are against them. They are cleverly hidden in a country that has and continues to refuse to look at the ugliness of its past in order to move forward and denies the people it has historically abused the right of hurting from those abuses. That’s not to say that our boys and men aren’t aware of the disparities that can become a seething anger erupting in justice seeking violence. They are very aware — however it’s what they do with the awareness that makes the difference.

It’s also not to say that we tell them these things to scare them. Nor do we encourage them to seek a mediocre life because the more they strive for better the more they will indeed find themselves in circumstances that scar their backs with discrimination.

We tell them because to be forewarned is to be forearmed. We tell them lovingly, truthfully, and supportively so that they can make the right decisions during the times their “browness” counts against them. We teach them how to deal with injustice by staying out of prison and protecting their right to vote and voting, or running for office and creating laws and cultures that promote justice.  We teach them the importance of committing to moving forward regardless of the pushback. And we stand with them when we have to and we push with them.

Many men already grapple with their value. We must STOP verbally assaulting our boys and men.  We must teach them to feel, not that feelings take away from their masculinity. Ignoring feelings strips them of opportunities to master them and flings the door open to act recklessly instead. We must teach them to communicate, to use their words before using drugs, guns, sex, us, or anything else.  To listen, as listening is the breeding ground for knowledge and growth. They can’t afford to have women in their lives promoting ignorance and stunting their growth.  Finally, we must hope with them so their dreams are not deferred,so that they too do not “dry up like a raisin in the sun or fester like a sore and then run.”