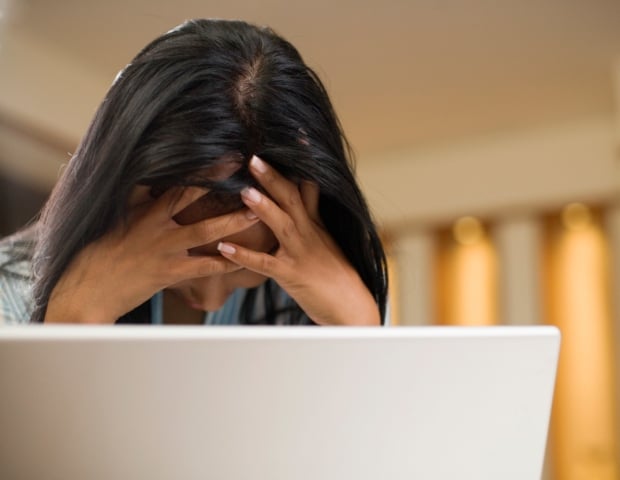 Someone once told me that my relationship wasn’t official until it became ‘facebook official,’ despite the fact that I’d been in a healthy relationship for over six months. Because I’m not one to succumb to groupthink, I dismissed the notion and continued my relationship without being virtually co-dependent on my partner or using social media outlets as a tool to absorb usually unattainable information…but that’s not to say that I didn’t take a gander every now and then. A close friend of mine, however, fell under the wretched spell of cyber stalking/social media crawling, and let it destroy her ten year relationship with her fiancé.

The core issue with ‘total access’ is that it undermines trust. Any truth that your lover tells you can be undone by speculation driven by misinformation or by small lies and even smaller secrets becoming exposed, igniting insecurities within your relationship. Your partner writing on their ex’s wall or tweeting about being at a concert when he/she was supposed be at home studying becomes ammunition for future relationship warfare as soon as it becomes live information on the internet.

With my good friend, what put the final nail in the coffin was that she couldn’t stop obsessing about the fact that her ALL of her fiancé’s exes seemed to wander out of the woodwork, simply to friend him. Then, she found out that her fiancé was having regular conversation with one ex, in particular. This prompted her to snoop further. She gained access to his accounts after stealing his passwords. Once inside, she read all of his personal messages, emails and IMs. The insecurity unraveled her, and when she finally addressed his possible infidelities, all of her “evidence” was weakened by the fact that she attained it through dubious circumstances.

The fact of the matter is, there is a time and a place for social networks and the place is not within the confines of a personal relationship. And, if social media just so happens to be a large part of your relationship, then be mindful of the information that you share, and share with your partner how important it is that they don’t consort with their exes. Also, if you feel like you are too involved in your partner’s virtual life, then perhaps you should have a trial online separation while you work on your physical relationship.