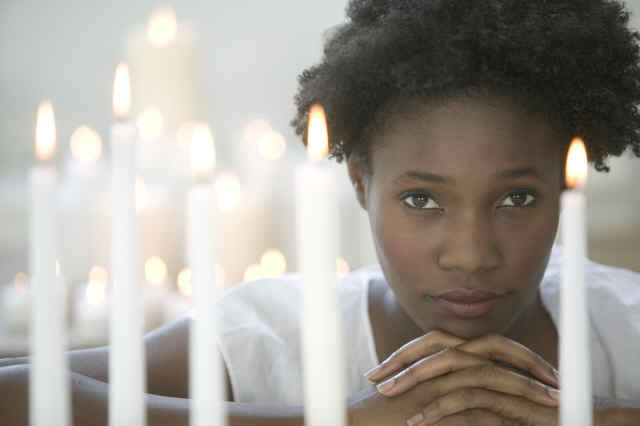 I attend a non-denominational Christian church, which teaches Bible lessons but focuses on developing individual relationships with God. The congregation is mostly made up of African-American families who arrive at church an hour before service begins to hear the choir sing traditional gospel songs. I am used to praising with a fellowship of people with similar spiritual backgrounds.

So, I was completely unprepared for the spiritual enlightening I experienced when I attended a service at the Seacoast Church in Charleston, South Carolina. When I entered the church’s gigantic lobby, the first thing I noticed was the cinnamon-raisin bagels and machines dispensing free espresso.

As I looked around at the other churchgoers entering through the front doors, I realized that there were few black faces among a predominantly white crowd. I had never worshipped in a church where the congregation was majority white and I had never been in an environment quite like this one. There was no choir with bright-colored robes seated in the stands behind the preacher’s pulpit. Wooden pews with handheld fans underneath them were nowhere in sight.

The lights were dimmed and the sanctuary was quiet. There was no fellowship and hugs before service began. The congregants shuffled to their seats quietly in a single-file line, without greeting or hugging their neighbor. I was in church 2.0, where the congregation is encouraged to tweet the sermon and are handed slips of paper with fill-in-the-blank answers to outline the main points of the word.

There were no stain-glassed windows with colorful depictions of the Resurrection, no speaking in tongues or shouting through the aisles. In fact, the sanctuary was silent as we watched Pastor Greg Surratt deliver his sermon through a huge projection screen. His sermon, which focused on restoring faith in 2012, was being simulcast to dozens of other Seacoast churches through the United States.

Even the music was different. There were no riveting solos of “His Eye is on the Sparrow” or hallelujahs between stanzas. Plus, there was no dress code; so, huge church hats, bold skirt suits, and stockings were non-existent. Pantyhose were replaced with jeans; sneakers substituted for platform stilettos.

So, imagine the surprise I experienced when I felt the spirit of God in this unique sanctuary. I was overcome with emotion because I came into Seacoast with a spiritual void and left with a valuable message that had restored my faith in God’s plan.

I was filled with the spirit of the Holy Ghost, so when Pastor Surratt called for us to pin our burdens to one of the two huge crosses located at the front of the church, I immediately wrote down my concerns from 2011 and pinned them to the cross. At the end of the 45-minute service, I had a refreshed spiritual connection and closeness to God that I thought was lost.

I left Seacoast with an expanded mind and consciousness. I rediscovered God and realized that faith has no color. The spirit of God dwells in all those who seek Him, regardless of their complexion or octave range.