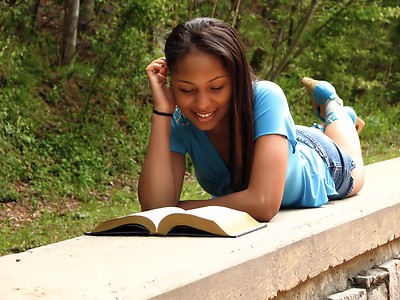 I consider myself an avid reader. You can catch me in the library searching for intriguing novels, turning the pages in everything from classic to contemporary genres, and browsing Books-a-million for the next thought-provoking hardback. Where you are not likely to find me is in the “African-American Books” section. Now before you give me the side-eye, I by no means have a problem with reading books by African-American writers, some of my favorite authors are African Americans (Sharon M. Draper, Zora Neal Hurston) nor do I have some type of self hate issues. I do however have a problem with the limitations black authors and readers seem to be putting on themselves in regards to books.

When I walk into a store and head for the book section I’m truly disgruntled by the lack of diversity in the division deemed African-American. I’m faced with countless covers of recycled plotlines all telling the story of some pretty female who has had a hard life and is trying to make it out of the hood. She’s faced with back stabbing friends and subjecting men. Her “come up” always involves a music industry tycoon or athlete. We have to do better. The titles even further my distaste with cliché’s like Hood love part 2 or Around the Way Girls. It’s the same redundant storyline over and over, not to mention the cover art of greased up bodies or resemblance of video vixens. Reading is one of the oldest forms of entertainment in the world and is one of the few mediums today where the author’s gender or race hardly contributes to how good a book is.

I remember when I was younger and like so many others I became engulfed in the Harry Potter series. For a long time I thought J.K. Rowling was an American middle-aged male, neither was the case but that didn’t matter. Once you start reading a novel who wrote the book is neither here nor there its how you connect with the characters and the storyline. So why are so many black authors, particularly African-American women placing these limits on themselves in their writing?

You don’t have to create a novel about trying to make it out of the hood to deem it black you can just as easily move those characters into spectrums of the Sci-Fi fiction or mystery novels and still have them be about people of color. Through limiting our writing we are essentially indulging in the stereotypes of society that we fight so hard to change daily. Books cross racial boundaries and we are eluding ourselves from the viewership we could be having. It isn’t as if the people writing these novels are not good writers. I admit that I have taken the time to read a few and these are talented individuals.

What if a black author wrote a story of the similar genre as Harry Potter and it became a phenomenon? Your writing would branch out into film or television providing another medium to showcase the talent blacks and visually bringing your characters to life and in turn broaden mainstream representation of black men and women. Some argue that these types of books are more widely accepted by large publishing companies and we don’t have the same opportunities to expand our storylines in books. If that is true then we can take the same approach many are taking with television, just like we are creating Web Series like Awkward Black Girl. When 27-year-old Amanda Hocking couldn’t get her novels picked up by a publishing company she self published them on e-books and made over 2 million dollars last year. Our African-American authors can adopt similar methods. We don’t limit what we read to one specific type of genre so we shouldn’t limit what we write either. We owe it to ourselves too continue to push the boundaries in all areas of media like we have been doing for so many years and that includes literary media.