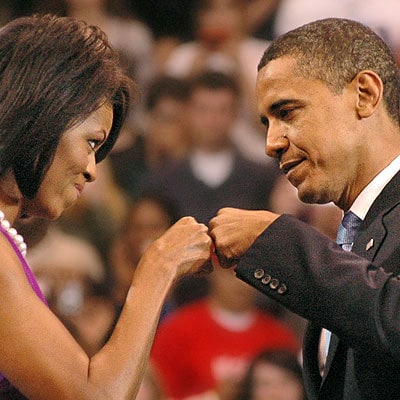 Imagine your life being scripted to solely tailor your husband’s political needs.  Everything you say, do, and wear will be scrutinized by the media and can completely affect or alter your husband’s chances of running the country.  You must be smiling, polite, and confident every single second you are out in public.  Not one hair out of place, not one word out of line.  You don’t get to earn your own paycheck or even have your own life. Essentially, you must always be the perfect wife and female representation for political America.

It may seem sexist and even outdated to cater solely to the needs of your husband and his career, but this is not a life for the faint of heart.  Both First Lady Michelle Obama and Ann Romney, despite their monumental differences, have taken on these extremely difficult roles with excellent poise and undeniable strength.  The two women are like night and day. One is an ex-attorney and Ivy League alumnus and the other a stay-at-home mother and charity volunteer. Not to mention the glaringly obvious contrasts in their race, parties, and religious beliefs. Yet as political wives, both share the same exhausting, daunting task: making their husbands look good.  Or rather, human. Anyone who has watched Scandal knows.

These women bring warmth and domesticity back into the harsh, power-filled field of politics.  They show us the stories that we aren’t supposed to see but need to know: the personal, and even vulnerable, parts of who our male leaders are.  They do the very necessary job of appealing to the often overlooked and perhaps underestimated target group of female voters.

Over the past four years, Michelle Obama has not only established herself as a beautifully stylish woman with amazingly toned arms, but also as a dedicated philanthropist, powerful speaker, and persistent fundraiser.  The Guardian reports that Michelle Obama has raised over $17 million dollars in this year alone and gained a 12% higher approval rating than her Republican opponent.  Her sharp lawyer’s skills are obvious through her eloquent speeches and excellent self-composure in public.

Ann Romney is the perfect portrayal of a warm and conservative American housewife and mother.  She is elegant, graceful, and as devoted to her religion as she is to her husband.  Her family dedication and homemaking tendencies could melt the hearts of even the harshest pro-feminist, liberal voter.  Although she has not yet made quite the political impact the First Lady has, she undoubtedly appeals to those who honor traditional values.

Their speeches of love and the early stages of their relationships with Obama and Romney respectively are both touching in different ways. The Obamas struggled with poverty and racial issues, whereas the Romney’s had typical middle-class problems. These aspects were gleaned during the national Democratic and Republic conventions. As Amy Davidson writes in the New Yorker, Michelle Obama’s speech was geared more towards equality and charitable acts while Ann Romney’s emphasis was on success in proportion to money.

Although these women are from two different worlds, represent opposing political parties, and have different histories, they both share the same job of being the perfect wife and right-hand woman to men in power while concurrently overturning the 1950s view of female subservience. They beg us to reconsider what the modern female leader looks like, particularly when she is caught between the worlds of work and home. Like true superheroes, Michelle and Ann forge on. How do we as everyday women achieve balance in our lives by committing to our own self-development while holding down the power couple image?