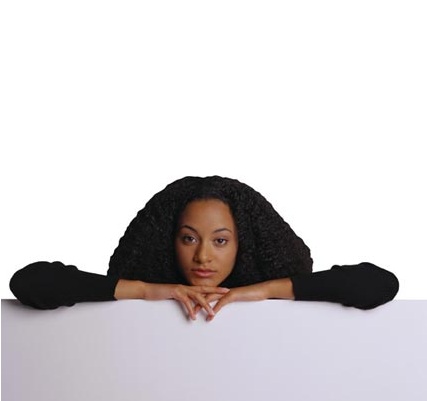 For some reason I consider myself extremely naïve. I’m the type of person who can be extremely gullible and wants to trust everyone who comes into my life. It can be a good thing at times, but it often leads me to be extremely disappointed at people. I don’t put people up on a high pedestal because clearly no one is perfect and everyone makes mistakes. But the thing about me is that I truly care and invest my time in people who claim to be my friends. And then when they do something dumb it backfires and I always look dumb or get extremely upset at wasting my time.

Well, I have a feeling that my naivety is starting to catch up with me when it comes to the opposite sex. I often feel like I have no idea what’s going on and what my actions might be indicating to certain people. If I invite a guy over in the evening, it doesn’t mean I want to have sex with you. I just want to be nice and chill with you! But because I’ve had way too many crazy-run ins with the prior situation I have come to regard my home as a special place that I only allow a few, close people to come into. Since inviting someone over past sunset seems to give guys the wrong idea.

And me smiling does not mean I’m flirting. I’m just being nice. And be preemptively aware of any photo-ops that may occur.

If I sit down to have a meal with you it doesn’t mean I’m interested! It just means that I think you might be worth my valuable time during the day to chat with. You probably have something interesting I want to learn about. Perhaps, we can develop a friendship? Maybe work on a project together? Execute some business. Get my friggin’ homework done. But no it doesn’t mean I’m interested.

And I hate being preyed on. Most of my closest friends at the moment are in relationships or talking to someone. So I am the only single person who seems to be the bait for the group to have an entertaining time when we go out. Don’t get me wrong—it’s great to have a little fun sometimes and not have to be linked to my cellphone all night texting the boo whose a thousand miles away. But it can be exhausting to have to deal with those dudes who only want to get at you because you’re not in a relationship and you’re the only one amongst a group of pretty girls that are single. Because yes, I saw you talking to my best friend first before you approached me.And my other best friend. :/

I’ve learned that sometimes the only person you can depend on is you. And you have to be the master of yourself so that you can be the master of the game. In the past few years, I have realized that I have been consistently getting played. Yes, I will openly admit it. You would think that I would have learned from now from all the fake smiles, dinner talks, and movie nights that guys only want one thing. But just a couple of months ago I met a guy that I thought was going to be perfect. We hit it off well, had great conversations, long walks on the beach.  He seemed like he was that one person that I had been waiting for and searching to find to fix the void and make me feel loved again. But then he pulled the whole “I’m not ready to be a relationship” switch and I was devastated. A part of me continues to want to give him a chance, to believe that he could be different from the rest. But the other part of me knows that I’m truly in self-denial and don’t want to admit to the fact that even the nerd played me.

So, lessons learned? If he’s not blowing up your phone and I don’t mean with booty calls or booty texts, then don’t fudge with him. Seriously. They need to want to get to know you and want to talk to you. I’m an old-school romantic and never like to bid in the chase. Guys should do the courting. End of story. Sometimes we act on blind faith, hoping for something, envisioning things that are greater than the view or individual at hand. And it’s harder for hopeless romantics like me. But I am learning that patience is a virtue and giving time to oneself only makes you stronger for the next douche-bag that comes along. Or for that Mr. Right.

Let them know whose boss, ladies. Don’t get played.