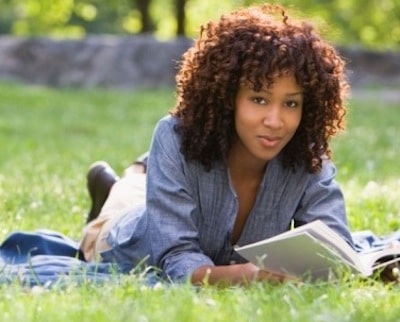 Call me a nerd, dork, or another name that is equally as fabulous, but nothing beats indulging in an excellent book while sipping daiquiris beside the pool – or for the bourgeoisie, an all-white yacht in the middle of the Pacific Ocean. As we embark on memorable summers and I attempt to tackle 51 books before New Year’s Eve, I’ve decided to share my favorite reads for the sizzling season. Cheers!

The Warmth of Other Suns
By Isabel Wilkerson

Isabel Wilkerson might not be a household name, but for black women writers, she is one of the few precious gems in our world. Wilkerson is the first black woman to win the Pulitzer Prize for journalism. If that isn’t impressive enough, the writing style that she perfected, narrative non-fiction, is now a staple at the New York Times. Plus, she teaches the style as the Director of Narrative Nonfiction at Boston University. The woman is gifted. If you weren’t convinced of her talent before, The Warmth of Other Suns will undoubtedly change your mind.

The 640-page reader covers the great migration, a period where thousands of blacks relocated from the South to northern and western states. In this novel, Wilkerson focuses on the lives of three black Americans and their individual struggles to attain the American Dream amid racism, the Civil Rights Movement, and other unexpected hardships. This summer read is worth every penny – and hour spent delving into it.

Walter Cronkite, better known as “the most trusted man in America,” is synonymous with the journalism profession. His careful precision and calming presence was necessary during the tumultuous era when he dominated television news. Douglas Brinkley captures the essence of the man in this authorized biography. Using interviews with relatives and friends, Brinkley truly taps into the personal life of the consummate journalist.

You’ll enjoy this book while traveling to an exotic location or even on a road trip to Wisconsin. It is great reading for an idle mind.

The Girl with the Dragon Tattoo
By Stieg Larsson

Yes I realize that it is simpler to watch The Girl with the Dragon Tattoo than read it, but true bookworms know that an adaptation is never as detailed and entertaining as the book. I’m still not over Robert Pattinson as Edward Cullen, but I digress. The Girl with the Dragon Tattoo is the first of a trilogy of thrillers that will keep you turning pages late into the breezy summer evenings.

The first novel focuses on Mikael Blomvist, a financial journalist whose career is spiraling downhill rapidly. What occurs next is mind-blowing – and that’s all I’ll share. Pick up the book to learn more. And if time permits this summer, read the other two novels in the series. You’ll have a greater appreciation for the popularity of the film.

A month after the legend releases another classic and Home is still flying off the Barnes & Noble book shelves. Toni Morrison is a living gem; one of those writers, like Wilkerson, that other black women writers cherish for her wisdom and amazing storytelling abilities. You ever heard the term “more tranquil than the curves of eggs?” Neither had I, until I read Morrison’s novel, Sula.

In her latest popular effort, the Medal of Honor recipient chronicles the life of a Korean War vet who is struggling to come to terms with the world and his life once he returns to segregated Georgia. Reviewers, including The New York Times, are calling Home one of Morrison’s best. Since her catalogue includes The Bluest Eye, that is quite the compliment. Invest in this book.

Black Cool: One Thousand Streams of Blackness
By Rebecca Walker

When you’re the daughter of one of the most influential black women writers ever, it is inevitable that some of that talent will be inherited. This is the case for Rebecca Walker, the estranged daughter of Alice Walker, author of The Color Purple. Though the two women haven’t communicated in almost a decade, Rebecca has forged her own career as an author, cultural critic, and devout tweeter.

Black Cool is a popular collection of essays that Walker edited and contributed to as well. With entries from dream hampton, Michaela Angela Davis, Henry Louis Gates, and other impressive journalists and authors, the collection was inspired by an image of President Barack Obama emerging from a black Town Car, draped in a black suit, red tie, and chic sunglasses. This photograph captured the essence of “black cool,” an era that Walker thought died with Miles Davis, Marvin Gaye, and Jimi Hendrix. So, she compiled this book as an ode to all things black and cool. I dig it. You will too.

The Paris Wife
By Paula McLain

As unfamiliar as I was with Paula McLain, I picked up The Paris Wife, a New York Times bestseller, because of its connection to Ernest Hemingway’s personal life, a topic that is rarely explored outside of American literature courses. I was not disappointed. McLain’s book analyzes the relationship between Hemingway and his first wife, Hadley, using Paris as the backdrop.

Not only will you have the chance to explore the 1920s Paris salons of Gertrude Stein, F. Scott and Zelda Fitzgerald, and Ezra Pound, you’ll begin to understand history from the perspective of a woman struggling with balancing motherhood, marriage, and her own ambitions in the pre-feminist movement. Plus, at the center of it all is a grand love story. Who wouldn’t want to read that?

The Dozens: A History of Rap’s Mama
By Elijah Wald

Since hip-hop rose to popularity in the 1980s, cultural critics and historians have debated the origin of the popular lifestyle, which birthed rap as a global art form. Elijah Wald, a folk-blues musician and author, who has written numerous books on musicians and music history, uses his knowledge to argue that the roots of rap are in “the dozens,” a popular urban game that we are all familiar with.

Sounds interesting, right? It is. Using historical records and interviews, Wald analyzes the history of “the dozens,” which stems from the usage of the “your mama” as the punch line for jokes. He examines how this purposeful game inspired artists from Zora Neale Hurston to NWA. He even connects the game to Sigmund Freud, who published the first academic paper on the dozens in 1939 and various cultures around the world from France to ancient Egypt.

The Dozens is composed of twelve chapters that will provoke you intellectually while also entertaining you on the history of rap. It’s the perfect balance.

You might not recognize Lizz Winstead’s name, but familiarity with her products and protégés is nationwide. She is responsible for creating Comedy Central’s The Daily Show with Jon Stewart and organizing Air America, a defunct progressive radio station that introduced MSNBC political host, Rachel Maddow, to the world. Now, Winstead is moving in front of the spotlight with Lizz Free or Die, a collection of personal essays that chronicle her life. It is a memoir worth reading because it discusses events and people that have shaped her into a woman that she is; add in comedic fake abortionists, horrible blind dates, and Roseanne Barr before she became Roseanne Barr, and you have a hilarious masterpiece.

One of the themes of this writing is sexism, which has followed Winstead throughout her life from the Catholic Church to her career as a stand-up comedian, but she tackles this topic with a comedic grace that is reminiscent of progressive feminists of the past. Hopefully, readers will be comforted by her success and women will be encouraged to chase their dreams. I was.

Then Came You: A Novel
By Jennifer Weiner

Jennifer Weiner’s writing makes her as personable as the girl-next-door. Her thoroughly developed characters seem like close friends we have in our lives, both those we cherish and those we wish would exit stage left. She has a unique knack for connecting to her readership through Twitter and in her role as co-creator and co-executive producer of ABC Family’s “State of Georgia,” which stars Raven Symone. All in all, Weiner is a superwoman – and we feel that energy in her latest novel, Then Came You.

Like In Her Shoes, which was adapted for the big screen, Then Came You revolves around relatable women that we seem to have met before. This time, she’s tackling surrogacy and the misconceptions of fertility clinics with Princeton, New Jersey as her backdrop. Through the sad and joyous moments of the novel, women are reminded to cherish the small moments – and that is a lesson we should take with us through the summer and beyond.

Let’s hope a producer opts for the rights to Then Came You. I would spend $8.50 plus popcorn to watch this destined classic unfold on the silver screen.

One of the foremost male literary figures of our generation, Eric Jerome Dickey, has returned with a vengeance with An Accidental Affair. We could create an extensive summer reading list with just Dickey’s novels; that’s how much content he has produced since he arrived on the writing scene with Sister, Sister in 1996. He followed that novel with 23 others, plus a few compilations along the way. The secret to Dickey’s success is his ability to remain consistent with his excellent content and twisting plots that seem to keep us guessing until the end.

Add An Accidental Affair to an impressive list of New York Times bestsellers because it’s just that great. I am in the throes of this one now and I have been unable to put it down since I began reading it two nights ago. Though I am reading in the office rather than beside one of Minneapolis’ fabulous lakes, I will offer this: it’s a page-turner! Focusing on the superficiality of Hollywood and the pressures of stardom, An Accidental Affair follows a man attempting to escape his demons after his wife does the unspeakable for her career. What happens next – I’m not sure since it’s still unfolding for me, but so far, it’s interesting. If I were Ebert or Roper, I would give this one two thumbs up. It is just that detailed and amazing.

Not to toot Dickey’s horn, but he’s hit a homerun with this one. Read it!

What are you reading this summer? Include suggestions below!