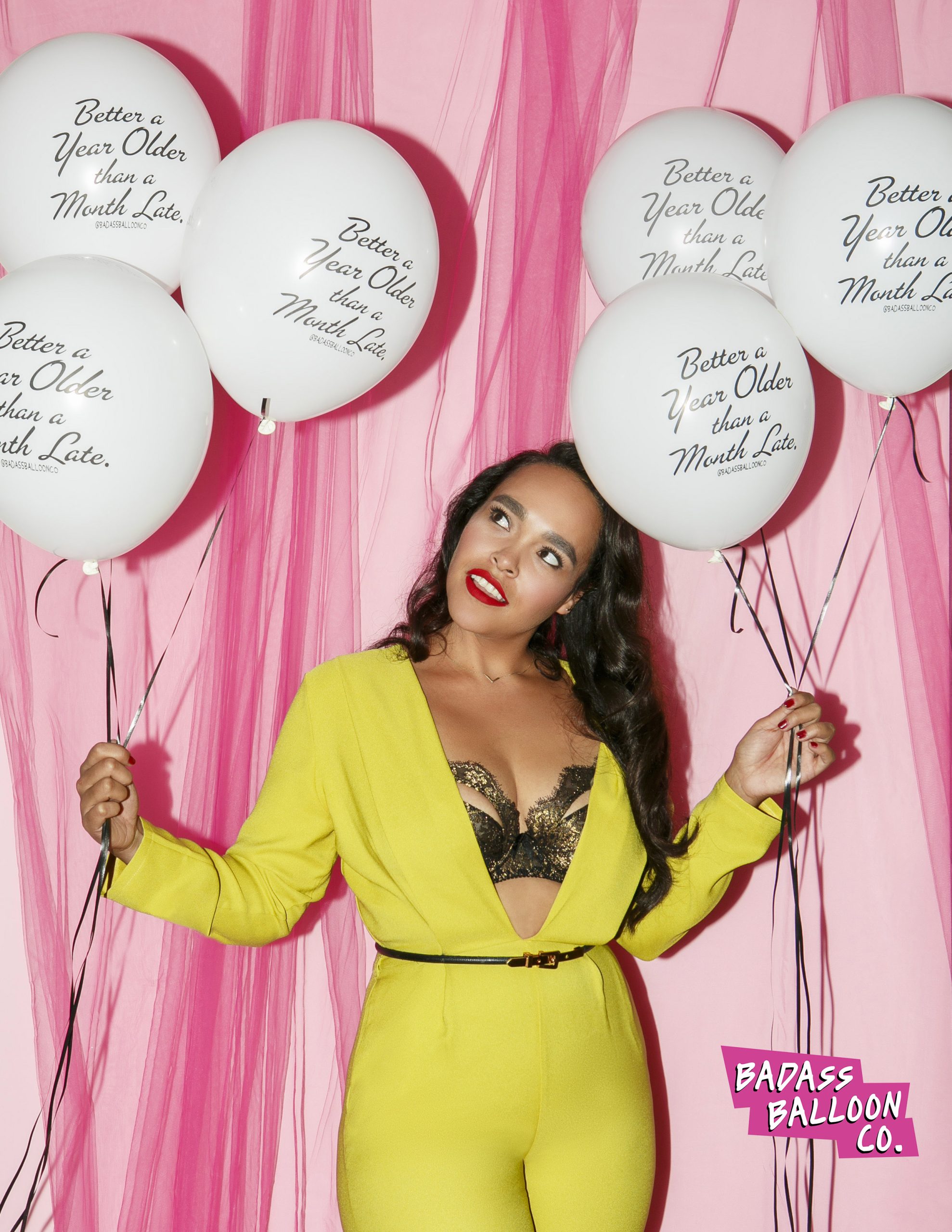 Desiree Ontiveros has introduced the party industry to a new and very Instagrammable phenomenon, for adults by adults. I can’t speak for everyone, but when I used to hear the word “balloons”, I would think of a child’s birthday party or a clown creating balloon animals at a circus. Well, not anymore. Meet Badass Balloon Co.! In 2016, Desiree got the idea to design customized adult balloons after doing so for a friend’s bachelorette party. Since then, she has scaled her business to become a multi-million dollar company and has provided many people and brands with balloon installations that are everything but just regular old balloons!

What influenced you to start your own business?

Desiree: I’ve always worked for myself, to be honest, so this is not my first business; I’m kind of a serial entrepreneur. I worked very hard in my 20s so, I came to New Orleans to take it easy. I was looking for a city that was just as exciting as all the big cities I had lived in but, with a slower pace of life. About a year into it, I got bored and I wanted to do something and the thing about entrepreneurs is, we create our own jobs. New Orleans didn’t really have anything that matched my qualifications so I knew I would have to do something on my own.

Starting the balloon business was a complete happy accident! I started off helping plan friends bachelorette parties, I was in charge of coming up with fun, memorable merch for everyone to take home. I was listing all of the things that would be fun, things you could actually customize, I came across balloons, and realized there’s nothing really on the market for adults. I had some balloons printed for the party, and decided to sell the surplus on Etsy – they were selling like crazy! I printed more balloons and they kept selling, and I said to myself “this is a business!”, something people were hungry for! So we started an e-commerce store and sold them at consumer trade shows. The people loved it so we embraced the little section we have in the party market and have been going full steam ever since!

What were the steps you took to start? How did you get the money to get things going?

Desiree: I had some cash reserved so I made my initial investment into the business. I took my best practices from working in fashion and applied them to this fashionable balloon business! It was pretty much just me in the beginning, I did everything, so I never wanted to invest a million dollars into inventory or anything like that. We stayed very nimble, if a design sold, then great, if it didn’t, we wouldn’t reprint. It was really about not biting off more than I can chew, especially because I didn’t know a lot about the industry. Not only was I starting a business on a bootstrap level, but I was also learning about an industry that I had NO idea about.

How long did it take for Badass Balloons to become profitable?

Desiree: I would say by the second year, we were already in an inclination, it had become a real thing! The first year was great because I was selling balloons to the point where I was receiving passive income as a sole proprietor. I was able to survive slanging balloons, and by year two, it was very evident that this could be a lot bigger. With that, I started to add to the team and that required us to make more money so here we are, five years in and we’re still self-financed.

How did you make it to your first million?

Desiree: I opened up the business so that we were able to receive multiple channels of revenue. We had started with our e-commerce, and that was really great, then we started doing balloon installations. We did RuPaul’s DragCon and ended up making this huge balloon wall that people were going crazy for! It became the most Instagrammed balloon wall at the event, so they invited us back the following year! Then it clicked, what are brands craving? They want eyeballs, to be seen! There’s tons of balloon businesses and creators out there that are doing birthday parties and weddings, but I don’t touch that – I opened it up to a bunch of brands.

With my background and understanding of how these things work, I started to think as a marketing manager would. Our goal was then to make sure we could help people with their visibility strategies and that opened up a whole new channel — a HUGE floodgate of revenue! When you start, you have a business plan but sometimes if you veer off course, another door will open and you can make tons of money! It’s about not fixating on something very specific or fixating your energy on what you assume will bring you revenue. Balloon installations were never in my business plan but they started to bring in revenue and allowed us to grow!

How has owning a business changed your life?

Desiree: You work too much as a business owner. People always say “I’m going to start a business and have all this time to myself!”, but no. Everything comes down to my decision, if someone doesn’t do what they’re supposed to do, I have to step in. It’s changed my life in a positive way though. It’s really nice to be an employer…to be able to help others grow. It’s been really great but I am busier than I’ve EVER been.

What’s your favorite thing about owning your own business?

Desiree: There are so many things, to be honest, but lately, we have really leveled up in our employees! When we first started to hire, we were hiring anyone who needed a job and those people didn’t really have any qualifications. The people who did have qualifications, we couldn’t afford, so it was very hard to manage. Our initial employees didn’t have an interest in anything besides a paycheck, so now that we’ve grown, and have been able to develop people on the team, we have really talented individuals who are in jobs that they were specifically trained for. We have people that came in with illustration and design degrees and now they’re doing project development manager for us. Seeing how far they’ve come is really great!

So for entrepreneurs just starting out, if you could give one piece of advice, what would it be?

Desiree: Whew! I would tell them to stay flexible when starting out. You might have an idea of what people want, but if they don’t want it, you can’t convince them to want it. Keep your mind very much open, you have to open up all the doors. You can’t just say “I’m going to do this, and this is exactly how I’m going to do it.” No! There is no such thing as starting a business exactly how you want to do it. You have to listen to the clients and give people what they want, not what you think they want. You have to be flexible, changing your offerings when needed, leveling up or dumbing down products. Sometimes there are things I have that I think are so great and I realize maybe others won’t receive it the same way I do. Your product has to be something that other people relate to so make sure you’re ready to be open to including others in your business.

What’s next!? What are you most looking forward to within the next 5 years?

Desiree: Omg, what’s next!? Let’s see! We have really shined a spotlight on this niche market – adults do buy balloons, adults do want these things! It’s not just a “cute little party thing” anymore, it’s becoming a standard! I’m really excited to see where this all goes, I feel like now, people are finally starting to call it what it is, Badass Balloons! We’ll be associated with this niche forever!