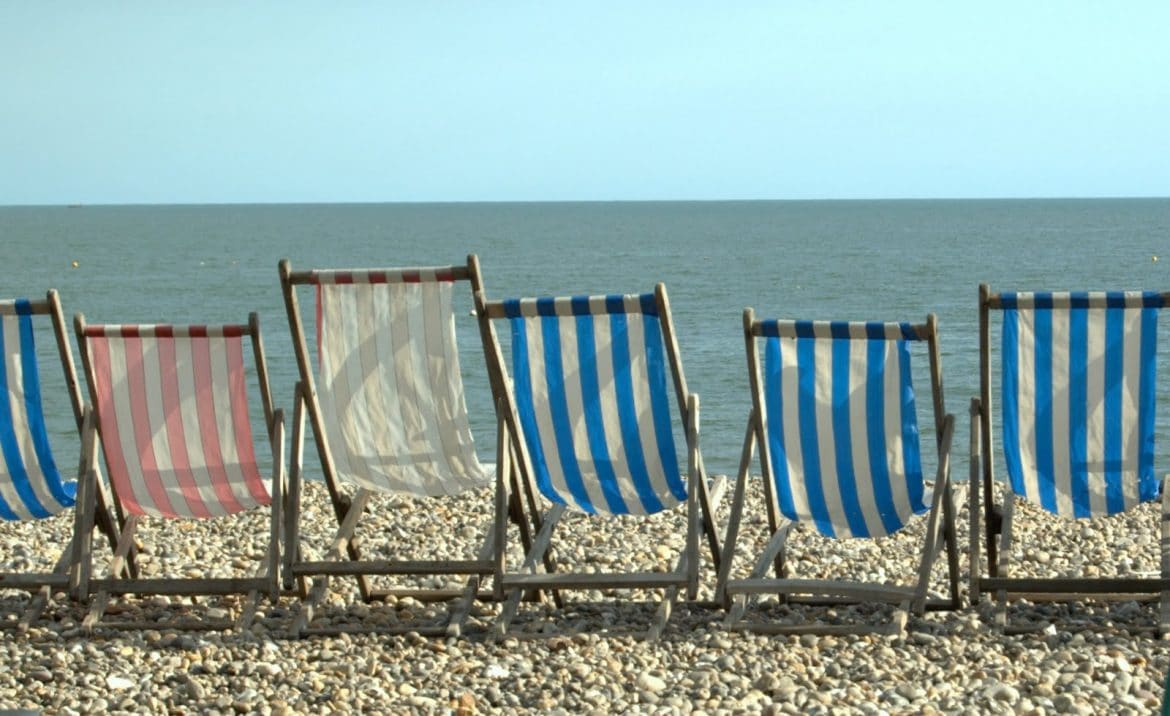 A new school year means a fresh start, and a fresh start means leaving the past behind.  As someone who’s had a particularly hell-ish summer herself, I understand how difficult it is to move on with life after dealing with heavy issues.  However, you not only owe it to yourself to start with a clean slate, but you also deserve it.  Better experiences lie ahead for you, but you must travel light and leave baggage behind.

You’ll probably be stressing enough during the school year, so give yourself a break. Here are 5 things from the summer you should probably stop sweating:

1) Your sucky job.  Whether you’ve been working part-time or full-time this summer, there’s probably a good chance you’re performing tasks for which you have no real passion (unless you feel deeply about a waitressing/cashier career, which is nothing about which to be ashamed).  You’ve probably slaved for hours selling donuts, fatty food, or other types of goods to rude and inconsiderate human beings, counting down the seconds you can finally clock out every day until–poof!  Summer’s almost over and all you can remember is having your very soul sucked out of you 8-14 hours a day.  If you’re not keeping this job during the school year, then simply forget about it.  Just be grateful that you now to get to focus your energy on what matters to you so you can establish a career that you truly want.

2)  The jerk who’s been jerkin’ you.  Met a new dude at a bar/party over the summer who only answers your texts a.) when he’s bored b.) at 2:00am c.) when he’s bored at 2:00am?  Leave him in the dust.  There are plenty of better, attainable, compatible fish in your academic sea.

3) Lack of motivation.  Spent most of your summer days lounging around on a gigantic couch watching hours of Netflix, eating delivery and feeling like a failure?  (Yeah, me too).  Just remember that you’re allowed to chill.  You’re allowed to have off days.  You probably won’t get to have many of those in school, so hopefully you enjoyed the down time, but now you gotta get back to the grind.

4) Lost friends and acquaintances.  Had a falling out with a friend over the summer?  As painful as these can be, let it go.  When people want to walk, let ’em walk.  Chances are you have a ton of other friends and a great support system, especially at school where you have the opportunity to make friends anywhere you go.  Again, other fish in the sea.  If you’re meant to have this person in your life, they’ll be there again at another time.

5) Any difficult life situation you had to handle.  Life throws a lot of curveballs at us: injuries, deaths, illnesses, lost jobs — you name it.  If these happened in the summer, at least they happened during a time with which you could deal with them, rather than having to juggle your studies and whatever tragedy was happening.  What has happened has happened, and it’s in the past.  Just remember that, no matter what, you’re still here.  You survived.  You’re stronger than ever and can handle whatever else life gives you.  I’m not saying forget whatever happened, but let it make you a better, more capable person for your fresh start.  Homework?  Pshh.  Now at least you can laugh in the face of midterms and finals.