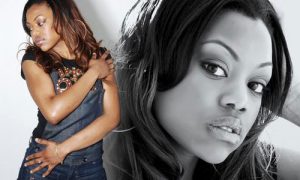 Every year, tens of thousands of springbreakers flock to Austin, Texas in mid-March for an experience of epic proportions. South by Southwest is the source of that epicness. It seems to be a college student’s rite of passage, and we strongly suggest you check it out. If you were for some reason or other unable to be a part of the madness, we stayed tuned for you and found some of the SXSW goldmines. And trust us, you want to hear more from these artists.

SANTIGOLD: No stranger to the SXSW stage, Santigold performed classic songs from her 2008 album “Santogold”. The crowd at La Zona Rosa, an Austin club, sang along to hits like “Starstruck” and “L.E.S. Artistes”.  Santigold even debuted a few of her songs from the upcoming “Master of My Make-Believe”.  After such a captivating performance at SXSW, her album is definitely on our Must Have list.

MIGUEL: With his unique melodies and sultry lyrics, who can resist a voice like Miguel’s? While a SXSW Miguel tore down the house with “All I Want Is You” and some of his new music.  Miguel performed his more popular “Strawberry Amazing” with an 80’s twist full of electric guitars and keyboard work No doubt about it, girls swooned at his every word.

LADY LESHURR: If she’s not on your radar, allow us to inform you. Lady Leshurr is a UK rapper that chose to do her first American show at SXSW and did not let down her audience. Leshurr’s swag was evident when she performed her buzz-worthy “Lego” and “Look At Me Now”. Don’t let her cute face fool you—her rapping skills are vicious. There’s no doubt she won’t continue to make a name for herself.