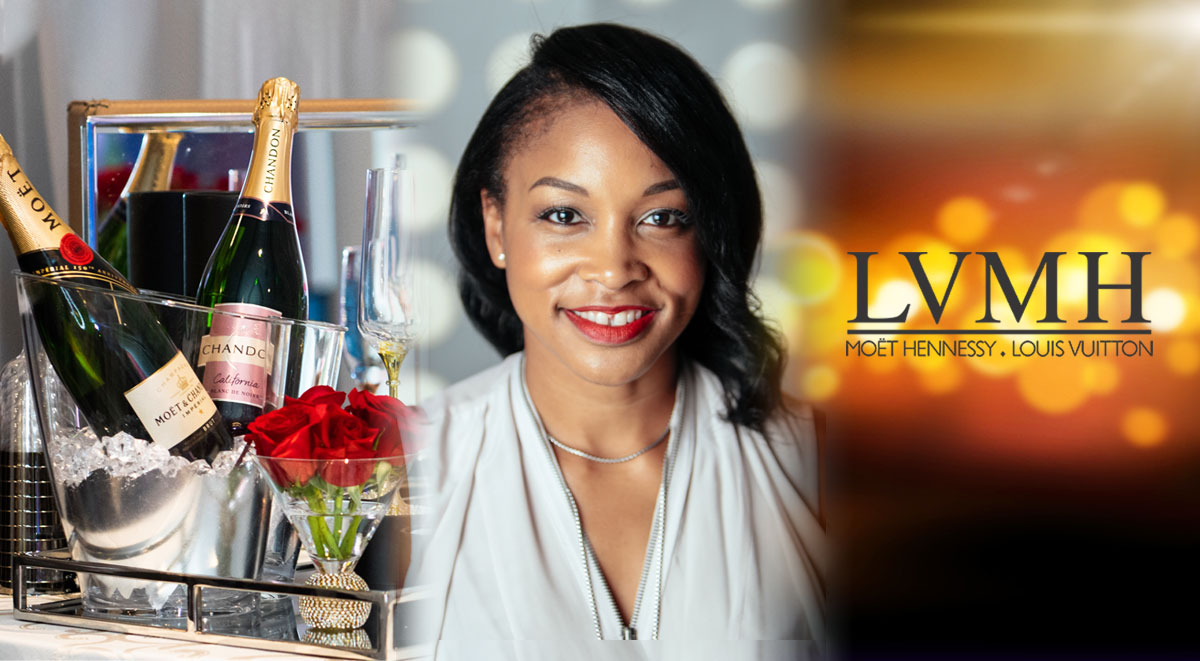 2021 has certainly highlighted the phenomenon that is Black women. With the historic inauguration of Madam Vice President Kamala Harris, recognition of the tireless work of women like Stacey Abrams, the talent that is Amanda Gorman and now, Jasmin Allen kicking the year as Senior Vice President of Hennessy USA, it reinforces the fact that Black women stay winning! You may wonder why our hearts leap when we see and hear these historic strides for women of color. Well, it’s because the current statistics of black women in the workplace are alarming! Although research from the Nielsen Survey show that 64% of Black women in the United States attest to the fact that their goal is to make it to the top of the profession which is double the percentage of their White and Hispanic counterparts, as of now, women of color still represent only 4% of C Suite positions. Clearly, there is a need for improvement. Hence, the announcement of Jasmin as SVP of Hennessy is seen to be a step in the right direction and one that other companies could certainly emulate.

Why is it important to have women of color in Senior Management? Apart from the fact that Black women are generally the worst hit by economic crises, stats from LeanIn show that during the pandemic, 60% of Black women were concerned about paying their rent or mortgage compared to 24% of their White counterparts. And one of the reasons for this is, research shows that Black women are three times more likely to be single heads of households when compared to other demographics. Thus, when women like Jasmin Allen occupy these executive and managerial positions, not only do they help their families and communities economically, but it also serves as a reminder to young black girls and women across the country that this too is possible for them! Although there are various barriers against them in society, they can push past each one of them and rise.

Well, Jasmin Allen’s rise is certainly one to draw inspiration from. Her current role as Senior Vice President involves managing the largest piece of business for Moet Hennessy USA, the Hennessy portfolio of fine Cognacs. This includes every part of the business from supply chain to overall marketing efforts. Prior to this role, she served as Vice President, Moët & Chandon and most recently, Vice President, Hennessy. In these roles, she was responsible for delivering strategic plans that maximize brand image, equity and profitability.

Although this may seem like familiar territory for Jasmin, her journey to the top was not always easy. Jasmin attests to the fact that the confidence and self belief instilled in her by her parents have been a bedrock towards her achievements. It is also what keeps her grounded with the responsibility and pressure that comes with her new role. And being a black woman who has climbed the corporate ladder, Jasmin acknowledges that the journey wasn’t smooth : “I have been accustomed to being “one of the few” or “the only” for most of my life, as that’s a situation that has been customary for me since I was in elementary school. In those situations, I always went above and beyond to demonstrate my capability. When I was in high school, I decided to run for Senior Class President. There had never been a Black Senior Class President at my school. My father said to me “Jasmin just because there’s never been doesn’t mean there can’t be.” And I think this advice from him sums up my approach to being a Black woman who aspires to ascend. I believe that what may have been status quo in the past doesn’t have to be in the future. And every step I take towards achieving my career goals is a step taken for every Black woman as well. I truly believe that when I win, we all win.”

Jasmin is also quick to highlight some of Hennessy’s social and cultural initiatives. First, is the initiative “Unfinished Business” which launched in May 2020 in response to COVID-19. Hennessy unveiled Unfinished Business to support Black, Latinx, and Asian-American communities who were bearing a disproportionate amount of the health, emotional, and economic consequences of the pandemic (and not receiving help from government and banking institutions). To-date, Hennessy has distributed over $5M in financial capital through the Unfinished Business program. This is a long-term effort, and they will continue to replenish this fund to help rebuild Black, Latinx, and Asian-American businesses – which is essential to an equitable recovery from COVID-19 and a more just economic and social future for culturally diverse communities.

In addition, Hennessy Fellows with Thurgood Marshall College Fund: Launched in 2019, the unprecedented $10M Hennessy Fellows program focuses on HBCU grad students and is designed to help equip the next generation of C-suite leaders through financial assistance, access and experiences. These are just one of the many strides that Hennessy has taken and will continue to champion.

As emphasised before, the time is now for Black women to be seen; for their talent and hard work to be recognised and compensated. For too long, they have been marginalised and overlooked by society, and some have altogether ditched the hope of climbing up the corporate ladder and have sought entrepreneurship; as of now, black women are the fastest growing entrepreneurs in the US.

All this to say: don’t lose hope. Change is coming and has already come. Jasmin’s advice to young women striving to be in an executive role is “Trust what feels right for you and believe in the choices you make when it comes to your career —even if those choices are unpopular.  I would also say to be open minded in your career journey; open to new opportunities, new geographies, new industries—open to change!”

Although we still have a long way to go, Jasmin’s story is testament to the fact that it is possible. We can have a nation where women of color, specifically Black women, are thriving, succeeding, breaking glass ceilings and you reading can be one of them.