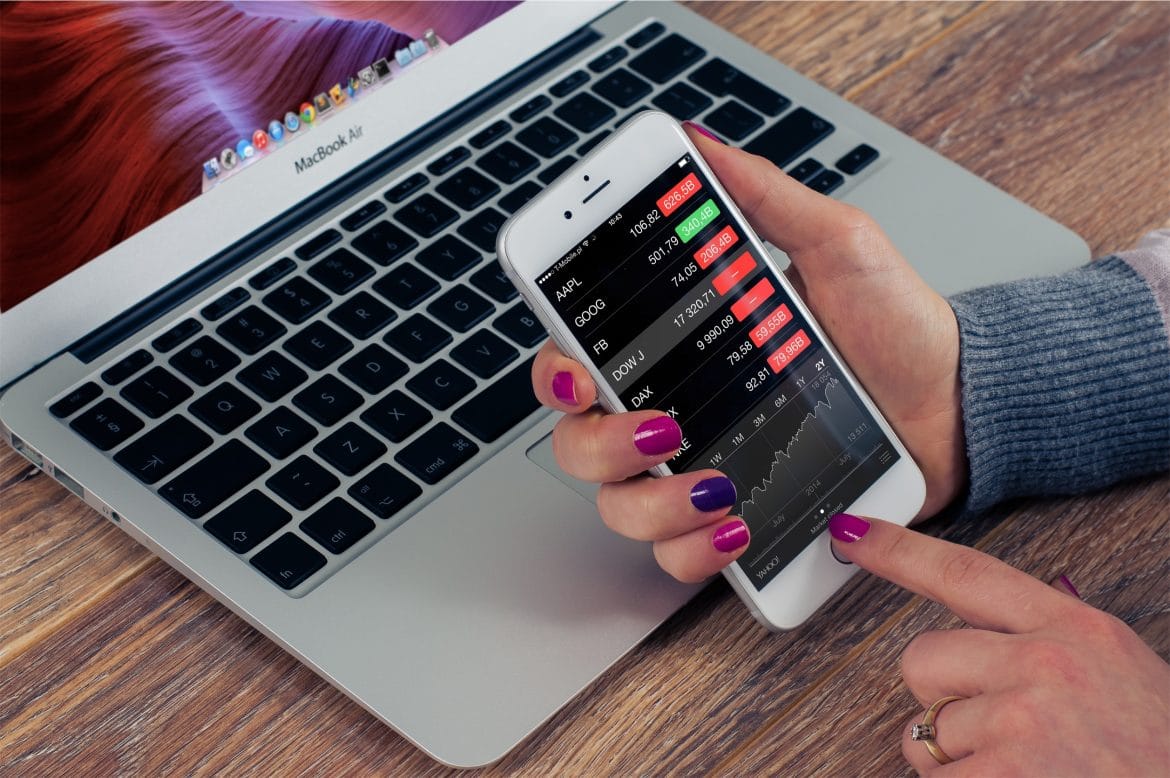 Green means up. Red means down. And every now and then a recognizable company tag like SBUX or AAPL comes scrolling across the bottom ticker of CNBC. For a lot of us, that’s about as far as knowledge of the stock market goes, but it’s nothing to feel bad about! Plenty of intelligent and successful people look at the stock market as if it’s coded in a foreign language, and that’s only natural for those who have never actually had experience studying markets and conducting investments. So if you look at a stock chart and see something more akin to, say, the Matrix than a sensible set of financial data, here’s a little bit of first-time investing advice. (And once you become a pro you’ll want to make sure you make these five investments before you’re 30!)

Study Before You Start

I know, I know…this is about trying to max out your finances, not studying. But as with pretty much any challenge in life, it’s best to go into it prepared, and that means taking some time to study the markets and learn the basics of investing before you actually put any money on the line.

In breaking down the five common traits of successful traders, FXCM touched on this early process by recommending an education process and encouraging investors to “know themselves.” Specifically, this means figuring out what your habits are going to be when it comes to managing your accounts. Most beginners will likely look for relatively conservative, long-term transactions, but those with more opportunity to get into day trading and more meticulous management will ultimately follow different strategies. Before you do anything else, figure out how much time you can devote to your portfolio and study up on the practices and methods that suit your style.

Use The Latest Apps

This advice could basically apply to any new venture these days, as there’s an app that can help you with pretty much anything. But with stock trading for beginners, it’s a particularly relevant

idea, because it can actually save you a lot of money in the short-term.

There are dozens of helpful trading-related apps out there that you might eventually want to consider, but for your early days as an investor, the ones I want to point out are Robinhood and Acorns. Robinhood is particularly helpful, as it functions alone as a trading platform, but it is a lot simpler and cheaper to interact with than, say, a brokerage firm. Acorns, meanwhile, is a decent teaching tool, as it’s sort of like an automated digital mutual fund. More specifically, it presents you with existing portfolios of different stocks and lets you pick one to invest in using only your spare change. Both apps allow for affordable transactions on simple platforms, which means they’re equally great for dipping your feet into the market. Don’t get carried away with this, but you can almost treat them like games.

Check Your Emotions At The Door

It sounds a little bit like an old cliché that’s used for a lot of things besides financial trading, but this is still the most important piece of advice a young person or first timer can receive in this area. There’s always a temptation to invest based on products, companies, and even entire industries that you personally like. For example, I love eating at Chipotle (and who doesn’t), I strongly prefer Apple to Samsung or Microsoft products, and I’m a little bit obsessed with Nike sportswear. Because I’m already familiar with these companies and have a personal attachment to their products, I could easily talk myself into investing in them. It’s not just because of personal feeling but because I feel like I have a strong grasp of how they’re performing.

Getting into a trade for those reasons is almost always a bad idea. For one thing, your initial viewpoint might be skewed, and for another, you might be less willing to cut your losses if the investment doesn’t work out. Now, Warren Buffet provided the advice that you should “invest in what you know,” and it’s difficult to disagree with. But it’s important to understand the difference between knowing and liking. Don’t be a fan—be a strategist.

When I talked about studying up on investment strategies, I was referring mostly to overarching methods that suit your goals and abilities as a trader. But part of the process also involves learning how to analyze the intricate movements of the market, and while there’s no exact science for this, there are some surprisingly consistent patterns that anyone can learn to recognize.

I recommend starting with this list of five common patterns that traders should know. It’s not a new article, but it displays and analyzes a few different trends that come up commonly in stock charts and often provide hints for where a price could be headed. You shouldn’t stick to these patterns blindly, but they can certainly help to teach you a few things to look for and how to better read charts in general.

This won’t exactly turn you into Warren Buffett, but you can at least begin to see stock charts as something other than utter visual gibberish by taking this advice into account. That alone can lower the intimidation factor and help you on your way to becoming an effective investor.