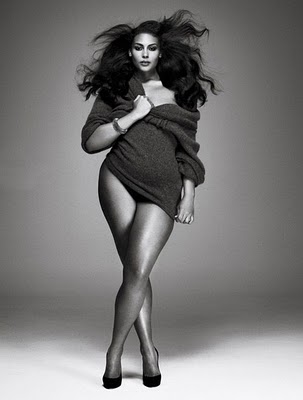 If I were living in the 16th or 17th centuries, these wide hips and flabtastic arms would have been semi-precious jewels, admired and cherished. I would have never searched for a date to a cocktail social because I would have been bombarded with male suitors seeking courtships. Since I am soft, rounded, and extremely shapely, I would have been considered one of the most beautiful women in the world or so A Cultural History of Obesity book tells me. This would lead to requests for photographs and commissions for portraits because my extra weight would have symbolized affluence, wealth, and high social status. My size 18 waist would have been a sign of great health because it would indicate that I could afford to eat consistently. In fact, according to the “Historical Evolution of the Thin Ideal,” article, an article published in Harper’s Bazaar in 1908 offered tips for gaining weight because fat was associated with wealth.

What an amazing time that would have been. But, we are no longer living in that era. Now, we are in the post-sexual revolution world where the thin ideal dominates Western culture. Advertisements promoting weight loss appear regularly between our favorite sitcoms, causing us to strive towards the “perfect bikini figure.” Though our obsession with thinness is a relatively recent development, a standard for ideal beauty based on weight has always existed in Western culture according to Peter Muennig, a researcher who studied the evolution of the thin ideal.

According to the “Historical Evolution of the Thin Ideal,” during the 19th century, women with slim waists and larger busts were considered desirable. These Victorian-era women wore corsets to create an hourglass illusion which often led to dislocated organs. Next, the Flapper Girl appeared. She was thin with angular features, which was supposed to represent the feminist movement occurring at that time. After World War I, women developed active lifestyles, so excessive weight was considered “self-indulgent.” But this lasted briefly with the iconic rise of Marilyn Monroe, an actress whose thin waist and huge bust has continued to be an ideal for women. However, with the prominence of fashion model Twiggy, thin and boyish bodies evolved into the ideal figure for women. Since then, slenderness has continued to be the preference in industrialized Western countries.

Now, with the influence of media on popular culture, thinner is considered the ideal and larger women are shunned for their excessive weight according to Jennifer L. Derenne, a researcher who studied the relationship between media and eating disorders. Though each era in Western society has had an ideal figure for women, these standards are unrealistic when 70 percent of American women are considered clinically overweight or obese.

Since the “thin ideal” is promoted through advertisements, magazine covers, and photo-shopped billboards, women strive to attain it which causes a negative body image to develop.

So, how do women evade the thin ideal to embrace and love ourselves? It begins with loving ourselves and finding role models in the media who accurately depict us and capture our essence. Whether we are large, small, tall, or short, our bodies are beautiful!

What is the “ideal woman?” Look in the mirror.